THE 7 BEST NETFLIX ORIGINAL SERIES OF 2021

We’re sharing the top 7 best Netflix original series that we absolutely loved in 2021. Netflix has delved into multiple genres and given us some hard-hitting original content from Korean dramas, to exploring real issues, documentaries that’ll leave in deep thought, to fluff and foreign-language shows. We watched and loved everything.

The Queens Gambit, Hellbound, The Crown, ClickBait are some brilliant shows, however the ones that made it to our list of the 7 best Netflix original series are also very riveting and might be your favourite too. 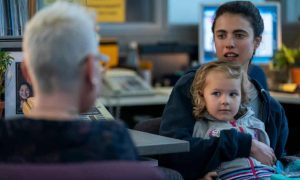 Maid was precise, painful and got harrowing with every single episode that consumes you. This thought-provoking mini-series shows the life of a young mother who flees from an abusive relationship in the middle of the night with her daughter who’s just 3 years old. And what later follows is an ugly picture of custody battles, zero funds, desperation as the lead attempts to secure a stable life for herself and her daughter.

Maid is an over-whelming struggle of a mother’s determination to survive, one that screams through hard work, heroic despair striving on a low budget and makes you feel everything all at once – the tears, joy, sadness, and ache to go on in life and do your best a single parent. 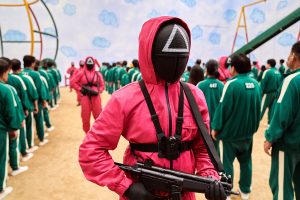 We don’t think any other show could beat the popularity that Squid Game gained this year. The Korean series literally became a world-wide phenomenon followed by memes and GIFS that we still cannot stop sharing. Squid Game was intense with so many layers and dimensions to each character’s personalities and so much mystery, making it one of the best Netflix shows of 2021. 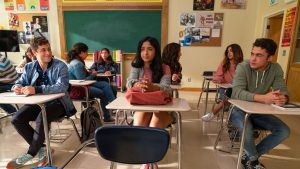 NEVER HAVE I EVER

I couldn’t contain my excitement when they renewed Never Have I Ever for season 2 because it’s smart and so witty with an inclusive cast, you feel good, laugh and think on so many levels on the young life of raging hormonal teenagers these days. Devi and her mom are truly champions of this show and make Never Have I Ever a special one as they question the “normal”.

Oh, btw, the soundtracks are so coming-of-age and upbeat and with the way season 2 ended, we’re going to see yet another battle of who wins Devi between her crushes, Paxton and Ben. 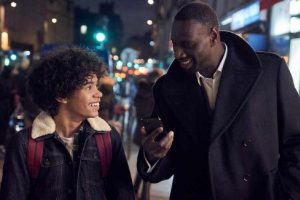 Lupin has a lot of depth and Omar Sy makes it a show that shouldn’t be missed. A thriller show with a lot of soul, heart, action and a race against time to expose corruption through the lead makes this show worth the watch. 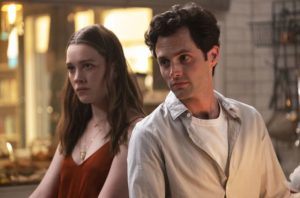 Love and Joe are back, and are truly a match made in heaven. A psycho-murderous pair with a baby in the picture won’t get any creepier than season 3 of You. If you thought, these 2 were ready to live the good life in a quaint neighborhood, think again. Joe is back to stalking and then somebody dies! BANGGGGGGGGGGGG! 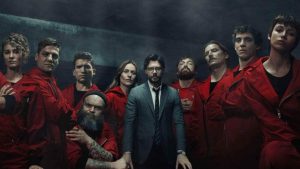 Foreign language shows made quite the space on Netflix and are now the most-watched shows including the hit MONEY HEIST OR La Casa de Papel. So what do you feel when you’re watching Money Heist?

Breathless… an adrenaline rush as the series storms through such ambitious heists throughout Madrin, Spain. The spike in my blood pressure as the Professor planned everything with an emotional upheaval, the 5th season builds up anxiety and emotions, but you keep hooked. 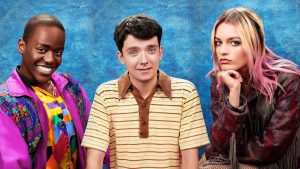 My views on Sex Education shifted with every season, which is why I couldn’t wait to binge-watch season 3. While Sex Education highlights the sexual lives of teenagers through their individual insecurities, personal preferences, identity crisis and behaviors, you realize that growing up is so awful as we live in such trying times as we find our true selves. Hence, so many teens can relate to this, which is why Sex Education became such a big hit! I was looking forward to seeing Otis and Maeve admit their feelings for each other, but to show that she didn’t want to sacrifice her dreams over the pursuit of her feelings, was very liberating. Season3 ended on a very high note, I think. From Adam to Jean, Maeve to Otis – everyone kind went on a path of exploration and self-discovery tickling your funny bone.