The award season is the most glamorous time of the year for the Pakistani entertainment industry. It gathers celebrities, designers and people from the fraternity, dressed to impress and make most of the night by celebrating each other’s successes.

The Lux Style Awards are one of the most beloved and coveted award ceremonies in our country. Since its inception in the year 2002 it has honored and recognized Pakistani talent, both established and new, in the fields of cinema, television, music and fashion.  The first platform of its kind, LSA has supported talent and hard work by celebrating artists and their craft and has constantly raised the bar for everyone in the industry.

Our entertainment industry, full of talent and passion came together under the Lux Style Awards umbrella and constantly worked to raise standards in the various fields. The first red carpet at LSA was rolled out in 2003 and was hosted by ZQ and Adnan Siddiqui, highlighting the show to be ahead of its time. In the coming years, the Lux Style Awards continued to give us many iconic moments; from the Pakistani rock band, Junoon giving their final performance in 2003 before they parted ways to embark on solo careers, the year 2006 brought Reema, Moammar Rana, Shaan and Saima together to perform on their greatest hits, and right in the beginning in 2002 there was Nirma accompanied by Humayun Saeed and THAT real car, a sight only kids from the 80’s would remember.

The Lux Style Awards has upheld its standard to cater and accredit the Pakistani entertainment industry, and has matured to give us very magical moments as the ceremony has become the most awaited event year after year. From the time when the award show landed in Malaysia in 2007, to Atif Aslam’s performance with the legendary Reshma Ji in 2008, to Mawra Hocane performing with the ethereal beauty Reema Khan in 2017, to HSY’s debut moves on national television in 2011, and Runa Laila’s stimulating voice jolted by Meera’s thumka’s in 2006, only goes on to show that this award ceremony is a collaboration of the finest of talents that our industry beholds.

What’s more is that the journey of the Lux Style Awards from its birth has been stretched across the globe from South Asia to the Gulf, and has generated a loyal viewership from people the world over. We wait all year round and keep a close eye on talent to see and guess who will make it to the coveted nominee list and who will be bagging the award. It is no different this year, as the journey has started. The nominations are out, the voting lines are open and the stage is about to be set. All we can say is that, we’ll see you at the show! 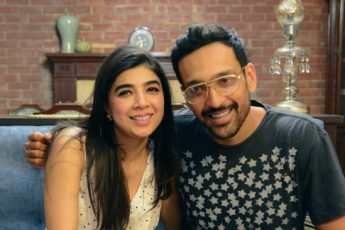 ALI SETHI IS THE KING OF QUIRKY STYLE