THE PAKISTANI CAST OF “FRIENDS”

Imagine who’d be in the Pakistani cast of “Friends” TV show – just the thought of it is funny and exciting at the same time but it’s an idea right? So that’s we exactly did.

I browsed through the list of of our local celebrities and created my own desi version with the Pakistani cast of “Friends”.

Let’s see who they are!

Fawad Khan totally pull off the “Hi, I’m Dr. Ross Gellar” look because he is super talented and with some work around his look, he’d be the Professor everyone would want to date (lol). Since we all know that Ross was the geeky Professor who was in love with bones but at the same time he was a deep and sensitive guy for having been through so many break ups and being FRIENDS with his ultimate love, Rachel.

Somehow Mawra Hocane fits Phoebe’s role because Phoebe was the eccentric, fun-loving, doesn’t-give-a-dime about the world or what anyone says, living-in-her-tune girl and Mawra gives off that kind of vibe as well. Mawra may have had her dumb moments like Phoebe, but hey, that’s not the reason!

The cool Italian actor who moved in with Chandler and was the first to become friends with Monica and Ross AKA ladies man! And Ali Zafar can totally ace the “Joey love” with the women around, be the actor and have a ball of a time in his life. Oh! And I don’t regret saying that! (wink)

Rachel’s character evolved in the show when she left Barry at the alter, she had to stand up on her own, find a place for herself in the world and grow and I think Syra Yousuf can totally emulate that and with grace. So we think she’s the perfect pick for this iconic role; the hair, the outfits and the life! 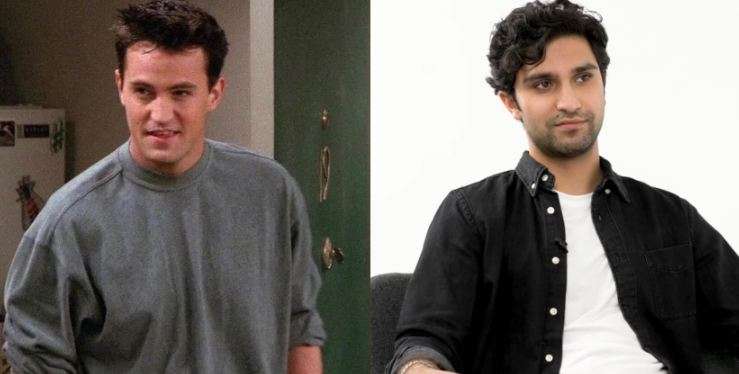 Chandler was the funniest guy in the group, hands down, with his witty and sarcastic comments that would be sometimes ill timed but leave you in fits nonetheless and Ahad Raza Mir could be him, maybe? No particular reason though, but he wanted to be taken seriously and he wasn’t because he was always making jokes. Haha! (We adore you Ahad Raza Mir and take you very seriously!)

The little “Hermonica” who could eat he way up simmered down when she grew up, with her OCD of cleanliness, finding love, catering business/ working as a Chef, Mahira Khan may just be here, be the home base for everyone to come to because she has the next-door-girl feels to her.