Yes, you heard us so we wont play a guessing game either, CALL (the band) have reunited after three (very long) years and their fans are ecstatic. One of the most beloved Rock bands in Pakistan with a distinct style and almost cultish following the three boys Junaid, Zulfi and Sultan called it quits a few years back. Well not anymore, the trio is back and they were nice enough to invite SiddySays to their first official jam session, reminiscing with us about good old CALL days and what is next for the band!

What has CALL always stood for, how has that vision changed after so many years of being apart and finally coming back together?
.
More than a vision, CALL has been about passion for music. We initially got together since we shared the same passion and we loved expressing ourselves through our songs and connecting with the audience. Its a mad, crazy love for music which couldn’t keep us apart for long and here we are again!
.
What made you decide that its time for ReCALL
.
Purely the love of fans. Everywhere we went we were asked the same question ‘WHY’. Why we ended our journey? Why we cant come back together? Why did we stop making music? So honestly, we just gave in to the pressure (laughing)
But seriously we felt that when the fans still remember us and want us, then we have to answer their constant call of coming back together, and if they still love our music then the only way to go is make more music.
The industry also needs a strong shoulder to stand up again, and we were one of the pioneers who built the music industry, especially the Rock genre so as musicians also its our duty to come forth and support in reviving the music scene in Pakistan
.

.
What was and has been the force behind the band
.
The creative alignment and inspirations we had were always the same. The hunger to express and the energy we had in our performances, everything combined is the force behind CALL.
.
Undoubtedly the best rock band of the country, what was the biggest success you guys saw as a band?
.
We have been blessed with many successes, but I think the Best Band Award (viewers choice) by a popular music channel was awesome. We were very young and we remember how euphoric it felt just to hold that award and stand in front of the music fraternity feeling ‘Oh man this is heavy’ (laughing)
.
Individually and collectively your favorite CALL song?
.
Junaid: I think easily my song is ‘Sab Bhula Kay’
Zulfi: for me its ‘Shayad’
Sultan: yah, my song was always ‘Jilawatan’
.
Junaid you have come on strong as an actor after CALL broke up, do you think this reunion will impact your acting career in any way?
.
Only in a positive way. Being an actor I have a huge variety in terms of audience, many of who don’t even know I was ever a musician. So it will be very interesting to see how they respond to the chocolate hero become a serial head banger on stage, especially with the force and aggression we perform. I think it will just add a new dimension to how the audience sees me.
. 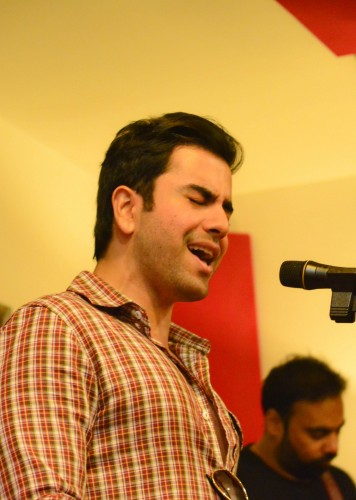 .
Zulfi where do you see CALL going from here?
Everywhere.
. 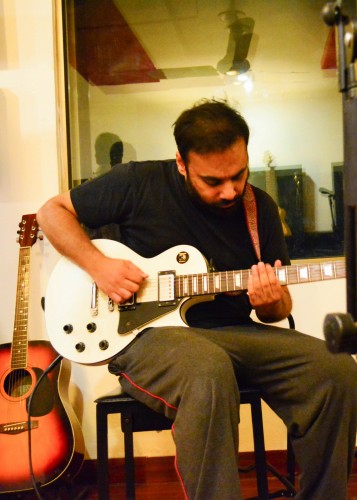 .
Sultan, how does it feel going back to the life of rock from a settled life of a software engineer. What did you miss the most?
.
Music has been pretty much a part of my life all along. My job requires me to travel quite a bit but I would always carry my guitar and gadgets to work on new stuff. I am super excited to jam again and perform live with the boys. The 3 of us have spent a major chunk of our lives together as musicians and friends and this is the rebirth of something really special to me. I think I missed the brotherhood most!
.

.
Tell us what has changed about you since call days now to recall days.
.
We started off more than a decade ago and we were all fiery and angry and a bit irrational. we feel we are all more grounded, less egoistic which is why it is easier to put whatever differences we had aside. Musically we are still the same but there is some evolvement in our approach to our musical side. We will know more when we start working on newer songs
.
What would you say about your music to the younger lot who weren’t following CALL back in the day and are now the age to understand your music?
.
Well the music these days is very different from what we used to make. We are excited now also because we will have a new audience, who have not witnessed what CALL was and recruiting them as followers and giving them a piece of ourselves through music is very exciting. We would just like to say to them that we are embarking another leg of a very exciting journey and we would love for them to join us!
.
What is going to be CALL’s comeback song?
.
There isn’t one comeback song as of now. Everything we have made to date can be deemed as such. However we will sit down and let the creativity flow to release a new song in a couple of weeks so fingers crossed.
.
What was the most exciting thing about CALL’s music?
.
The energy, the passion, the aggression, the message, the lyrics. Everything coming together became very exciting for us and our audience. We thrived in live performances since CALL is pure energy and mad excitement, so we would say the three of us and our creative pursuit is the most exciting thing about CALL’s music.
.
What will CALL say to the thousands of fans who have been starving for your music all these years?
.
Start by saying Sorry! that we took so much time in coming back together. However, we hope we will come back stronger and make your wait worth the while and give you quality music that you expect from us.
.
Is there an album on the cards?
.
One step at a time. Right now focus is performing and reconnecting with the audience and coming out with a single soon, and surely in the near future compile and album. But first things first, we are excited to be back and looking forward to meeting our fans once again!
.