Enveloped in dream-like landscapes, with love stories that are legends and spoken about around the world, a land that is infused with the eternal essence of love, and a rich and powerful history, a place absolutely perfect to dine and make vows to culminate your union, it’d be unfair to call it a ‘’place’’, because it’s what lovers only dream of, which is why ITALY is called the “wedding capital of the world” and has been a much-loved destination for celebrity weddings all around the world. VIRUSHKA

The most recent celebrity couple to tie the knot in Florence, Italy was Anushka Sharma with her beau Virat Kohli. BollyXcric unions are not new to the industry though, but everybody was rooting for these two with the sum of wishes pouring in when it was officially announced that the sun in Virushka’s four year old relationship was serenely set in an eight hundred-year-old village, Borgo Finocchieto yesterday. The Sabyasachi bride and groom’s fairy tale wedding looked nothing less than regal, as were their feelings for each other. Our heartiest felicitations to the newlyweds.

The much publicized life and wedding of Kim Kardashian was a whirl winding spectacle just like the power couple themselves. After kicking off the wedding celebrations in Paris, the West’s traveled to Florence, Italy for their nuptials at the stunningly historical, atop the hill, sixteenth century fortress Fort De Belvidere in their Givenchy ensembles for an once-in-a-lifetime memory. The couple has been married for 3 years and are parents to North and Saint.

Rani Mukherjee turned her reel life Actor-Producer relationship into real life when she married Aditya Chopra in a hush-hush wedding in Italy. She wore a red and gold silk banarsi Sabyasachi sari in a small town on the top of a hill, called Cortona in Southern Tuscany. The wedding was a lavish Bengali wedding with the sacred rituals performed to the T. After all, the “bahu” of Yash Chopra had to live her dream wedding in complete bollywood style.

George and Amal Clooney broke all hearts when they tied the knot in the supremely luxurious Belmond Hotel Capriani in Venice, Italy. It was a star-studded affair in a surrounding with infatuating architecture and lakes in the heart of Venice.

5 Turkish Actors Who Live In The Hearts Of Pakistani Fans 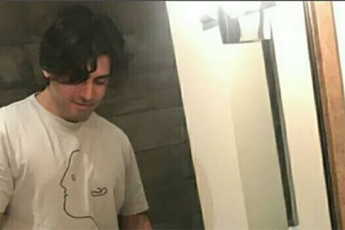