WATCH OUT FOR: BILAL MAQBOOL

I am surely out of the loop when it comes to our local music scene. I have spent the majority of the past year revisiting old classics. If it wasn’t for a friend recommending that I check out Bilal Maqbool, I would have surely missed out on this extremely talented creative manager by day and vocalist at all other times.

I started by viewing Bilal’s clips that people had shared on Instagram. When I heard a cover shared by someone on social media I was immediately transported into the days before auto tune: when voices were raw and one became emotive listening to a song and letting it really sink in. Bilal has one of those voices, that transports you into an otherworldly state, I think it is safe to say his singing is old school charm epitomized. We at Siddysays are all about brining new talent to the forefront, so we decided to interview Bilal about his journey into singing and his plans for the future. 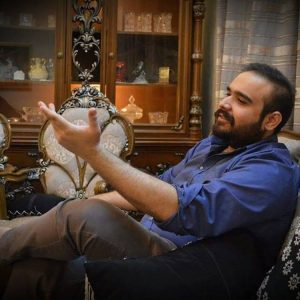 How did you realise you wanted to be a singer?


Bilal: Singing along songs in the car was a huge part of my childhood specifically because my family took a lot of road trips, this is due to me coming from an army background which a lot of people would presume should make me more serious, however that is simply not the case, thanks to my music loving parents. I remember back then my dad would make the effort of creating a collection of songs and recording mixed tapes ranging from classics like Mohammad Rafi and Ustad Nusrat Fateh Ali Khan to Lionel Richie and anything released during the 90’s. Somehow, I would always memorize lyrics before anyone else would and singing along to those songs came naturally to me. I am sure finding a 13-year-old who knew all the lyrics of Likhe jo khat tughay would be hard to find. My fondest memories are from when my dad got posted to Gilgit, driving through the mountains and listening to Nusrat Fateh Ali Khan, I used to dream about one day being able to sing like him. I would often find myself trying to visualize his lyrics through my connection to nature. It was beautiful.  My favourite qawalis by Nusrat Fateh Ali Khan were Ghorak Dhanda and Shah e Mardane Ali. I can still listen to these on repeat and get goose bumps just the same as when I first heard them.


Since when have you been singing?


Bilal: I have been singing along to songs as far back as I can remember, but the first time I stood in front of an audience to sing alone was at an Independence Day Festival arranged at the army mess in Gilgit. I was 9 years old and I sang Aey Khuda by Adnan Sami and to the surprise of my parents, I won the singing competition. I felt like singing brought out a level of confidence in me that I never knew existed.


Do you have any commercial projects underway?


Bilal: Absolutely! I have been working really hard on my most recent project. I will be releasing something very soon, Inshallah!


Run us through your creative process.


Bilal:I find my inspiration through spontaneity, it can be in the middle of an intense conversation between people around me, while watching a movie or as bizzare as it may sound, reading about current affairs. When an idea, a phrase, or even a word strikes me, I instantly write partial lyrics in the notes section of my phone. I have always been a fan of writing, and have always been poetically inclined. Writing poetry is safe haven. As a way of achieving clarity, I write down what I see, feel or think.

Who are your musical influences?


Bilal: I aspire to be like Ustad Nusrat Fateh Ali khan, Mohammad Rafi and Shafqat Amanat Ali. For me writing music has a very important element: lyrics must be thought evoking and tap a certain depth and hunger in you- this is something I have always responded to in the lyrics of my heroes and something I hope to achieve with my music. The ability to connect with your audience through your words can only happen when you write from your heart. 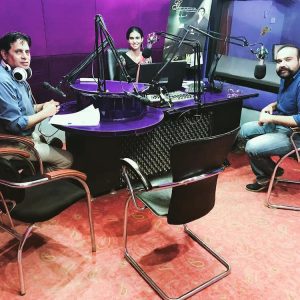 Do you have any original music?


Bilal: I am currently working on original music at the moment. It’s still in the early stages and will take some time to refine and fine tune. I have been releasing covers from time to time. Hopefully I will have some original music releasing in the near future.

Have you had any formal training?


Bilal: I’m self-taught, however practice makes you perfect. If you know me at all then I have probably sang to/with you in a formal or an informal setting. One thing I always struggled with were my low-key notes, I have, through constant practice, worked to correct these to the best of my abilities.

What is your day job?


Bilal: I’m a creative manager at an ad agency. 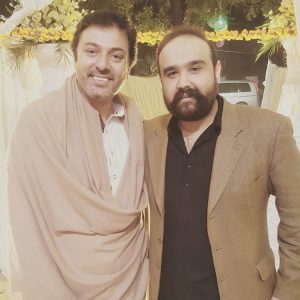 What’s next for you?


Bilal: I want to dedicate all my time to my music!

What is your favourite part of being a musician?


Bilal: Being able to sing without anyone really knowing this about me. I enjoy the freedom to write poetry full time and use all my creative ideas for my own lyrics rather than somebody else benefiting from it!

What is your least favourite part?


Bilal: Though I’m a complete music lover through and through I would say the composition part takes the longest and the most amount of effort. Combining my poetry with contemporary music is a tough challenge for me, but I still enjoy it and take it head on.

Do you ever get anxiety before a performance? If so, how do you deal with it?


Bilal: Not as of yet, confidence has never been an issue for me though every performer has his moments, but I would say it always comes with a back story.

Where do you see yourself one year from now?


Bilal: Moon walking among the stars, but being a dreamer is the first step for changing your reality. In a years’ time I intend on releasing my first album and being accepted by the market and hope to create new synergies through collaborating with more experienced artists in the industry.


Are you planning on collaborating with any other artists?


Bilal:  Of course! I would love to collaborate with singers like Sahir Ali Bagga or Ali Sethi. With Sahir Aali Bagga we can hit the high notes and with Ali Sethi we can create a soulful piece together.

Should we expect to see you on the telly soon?


Bilal: If given a chance in Coke Studio, I would be thrilled!


Do you have an album in the works?


Bilal: For now, I’m working on my single, though an album is definitely a priority too. I have written lyrics to a couple of songs mostly in Punjabi and Urdu and I am in the process of trying to compose the music for them.


Are you planning on singing in any other language?