WATCH THESE 8 VAMPIRE SHOWS ON NETFLIX DURING LOCK DOWN

Vampire shows have become much more interesting! While True Blood and Twilight set the trend in the mid-2000s, showrunners since have become more creative with the genre.

And with the #covid19 lockdown, since most of us looking for recommendations to watch something interesting, here are some of the best Vampire shows on Netflix right now for you to binge watch!

This super binge-able show centers Vanessa Helsingwho is brought back to life only to find out that vampire have taken over. A thrilling show that can sometimes be gruesome, Van Helsing is the perfect note for people who like things to be fast paced.

This exciting Turkish drama follows Mia, a human turned vampire who wants her revenge on Dmitry, a vampire leader. A great watch if you want a break from US based TV shows.

A show all about the supernatural, Shadowhunters follows Clary Fray who realizes that she has the blood of angels and her mission is to hunt demons. The show is currently on its fourth season so you have plenty to binge and catch up on.

If you like watching a show as it airs, you’re in luck—The Order is only on its first season. The show is about Jack Morton, who on his quest to avenge his mother’s death finds himself in a cult consisting of vampires, werewolves and other practitioners of dark magic.

A show that is equal parts witty and strange, October Faction is about a monster hunting family consisting of Fred and Deloris along with their teenage twins. Released on January 23, 2020, you can watch this fresh drama as it airs!

Everyone’s all time favorite guilty pleasure, The Vampire Dairies centers around Stefan and Damon, two centuries old vampires that compete for human teenager’s Elena’s affection. If you never jumped the bandwagon before, see what the hype was all about!

And if you’ve completed all seasons of The Vampire Diaries, spend some time watching The Originals, a show that follows the life of The Mikaelsons, the original vampires that created the species in the original story.

WATCH OUT FOR: JOOTI SHOOTI 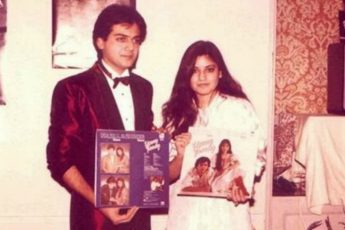