Nearing the end, Yeh Dil Mera has gotten very interesting as new things are unfolding every single week. With a lot of development in the story and not to forget some stellar performances, the latest episode was an eye opener indeed which showed Noor doing her own little investigation on Aman and then confronting him about it too!

An exciting plot from its first episode, writer Farhat Ishtiaq has penned a story which besides revolving around the theme of revenge is also a love story where the man despite hating his wifes father does have a soft corner for her which makes Aman let down his guard a lot more than he would like.

Fast Paced and well edited , episode 21 was a blend of the present and the past where we saw the characters in a never before avatar which made that one hour whiz by within seconds. So what new took place and what did we think about Yeh Dil Mera this week? Well read along to find out.

NOOR IS DISAPPOINTED WITH AMAN

Noor is aware of Aman’s split personality and to watch her go down this path to find after all why Aman has become who he is now, has opened up her character as someone strong and resilient. And to figure things out, Sajal artistically emotes her confusion whilst staring at her husband on screen without uttering a single dialogue. Her little love bubble has busted and Noor has come to the realization that Aman is not the man that she fell in love with, and that is heart-breaking to see.

AMAN IS UPSET OVER SAHIRA’S DEATH

Aman naturally blames himself for Sahira’s death and is awfully upset with Mir Farooq, however he is unable to do anything about it. Therefore he resorts to other methods and decides to take Mir Farooq off guard after sending him a picture of his wedding with Sahira like an anonymous tipper. Mir Farooq’s reaction is what satisfies Aman’s plans for revenge.

MIR FAROOQ IS GETTING SUSPICIOUS OF AMAN

Once the word is out that Aman has sold his company, Mir Farooq upon finding out is perturbed with Aman’s silence and questions who he actually is and what has caused this drastic change in his behaviour. It feels like Mir Farooq will soon open up an investigation of his own.

IS THE ROMANCE BETWEEN NOOR AND AMAN OVER?

Ahad and Sajal give a stellar performance, especially in their room, where after cornering Aman, he reacts like a wild animal goes towards Noor and grabs her, thus startling her and honestly scared us too but with him allowing her to leave if she wants made us realize that perhaps the romance is truly over between the duo.

With major part of the episode focusing on Farooq and Humaira (Xarnish Khan) one thing is for certain that Farooq essayed brilliantly by Adnan Siddiqui is a sleaze ball who could not handle rejection and decided to win Humaira over forcefully with young Aman in sight. 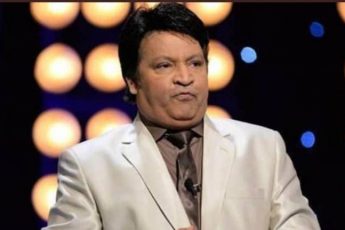