YEH DIL MERA EP#22 LAY DOWN ALL THE FACTS STRAIGHT

Last nights episode of Yeh Dil Mera was one which we had been looking forward to watching for ages as it FINALLY laid down the events which made the feisty Mir Farooq Zaman want to kill Humaira and her family in broad day light.

A perfect blend of revenge , romance and broken heart , the drama as we have said many times before is a wonderful combination of all these things and it is because of this that one honestly wants to know how will it really end for Noor , Saad and Farooq who till now has not been held accountable for all the wrong doing he has done in his life .

Fast paced and an interesting episode last night, we personally loved it as it was shot beautifully and edited perfectly where one saw the past merge in to the present smoothly without breaking the tempo of the story .

So why did we like episode 22 so much? Well read along to find out.

HUMAIRA PROVED THAT WOMEN ARE STRONG

About to get raped by Mir Farooq because she refuses his advances, for a second we thought that he would get his way but the way Humaira played with his mind was truly remarkable as she proved that women are not becharis and they can stand up for themselves even in a tough situation. With Zarnish Khan playing this bold character beautifull, Humaira also shows us that money and power are not the only things which attract a woman towards a man as Farooq thinks.

FAROOQ IS FULL OF COMPLEXES

The sophisticated man that we have been seeing so far actually is a very insecure person who can not handle rejection at all. The slap which he received from Humaira when he got out of hand was what made him want to take revenge and since he is a ruthless man, murder seemed perfect in his mind. Many shades to his character, Adnan Siddiqui has done complete justice to this character as he switches from a doting father to a obsessed lover with ease.

NOOR IS A DOTING WIFE

Despite what Aman has done to her , she still worries when he collapses and the tear which she shed is a confirmation that she still loves him very much but with the drama now on present stage we do hope that Aman reveals who he really is so she can perhaps help him to put his mind at ease and hold Farooq responsible for murdering his family .

FARZANA’S DETERMINED TO FIND THE TRUTH

One character who knows that things are not what it seems happens to be of Farzana who now knows that her beloved Farooq Bhai is a liar and with her all set to know the truth we have a feeling that in the coming episodes she will play a vital role in helping Noor know what her father is really like .

One question which has been in our mind for a while was why didnt Humaira confide in Nilofer about Farooqs strange behaviour considering they are friends but the promo of next weeks episode made us relax a bit as the showdown between the two ladies will take place and that is something we don’t want to miss out on at all ! 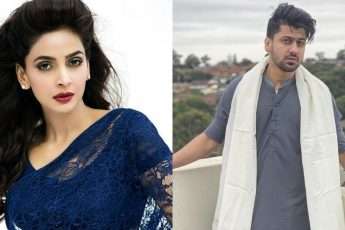