YEH DIL MERA: SAJAL ALY IS WORTHY OF AN OSCAR

To tell you the truth, we genuinely enjoyed ep#32 of Yeh Dil Mera, which was dominated by powerful performances by all three leads, including Paras Masroor who has played Mir Farooq’s ight hand man Ali Baksh with perfection from the beginning uptil now.

Despite the weak points that everyone had been incessantly going on and on about in the episodes from the past few weeks, we’ve accepted the fact that no matter how traumatic Anna’s life will be that girl is never going to be without a perfect blow dry, Farhana Khala will never go make up free and Bua Jee will cry her eyes out no matter what the occasion is!

Last night’s episode was attributed with good editing , movement of the story from present to the past and some beautiful shots by director Ahson Talish especially the opening scene where Anna is sitting alone on the bench at the railway station in a daze. And a more things, so lets get on with it.

SAJAL ALY IS A POWER HOUSE

Having felt that Sajal was not given enough screen time in the last few episodes and her character going from strong to weak had us concerned but with her dominating most of last nights episode with a heartfelt performance, one honestly felt sorry for Anna when she discovers her mothers place of burial and the fact that her loving father was a murderer! From Sajals facial expressions, to her body language and the way she manipulated Farooq to tell the truth , had us on the edge of our seats and due to her the episode we felt worked as all the missing pieces finally came together and her character went through so many emotional changes in that one hour , that our heart went out to Anna for having reached such a sad place in her life .

MIR FAROOQ ZAMAN IS AT THE END OF THE WORLD

If there has been one person Farooq has loved, it has been Anna and with her knowing the truth the man is shattered beyond words! With Adnan Siddiqui having played such a complex role brilliantly we hope that in the end his character is bought to justice and not made to go insane as that would be a waste as he is a character who should be made to realise that what goes around comes around too and that we feel he felt it briefly when he is near Nilofers grave and her words come to haunt him but to see him dwell more on it would make the ending a bit more interesting rather than seeing him go mad.

AHAD RAZA MIR IS A TREAT TO WATCH

With no doubt that Sajal stole the episode, it is unfair not to mention Ahad too who has played Aman wonderfully so far as it is not easy to switch from a hurt lover , a lonely child to a aggressive man within seconds but here Ahad has done it wonderfully and in the scene where he is sitting and crying as he never meant to love Anna , one realized that this was one emotion which he never expected to feel especially for the daughter of the man who ruined his life.

Even though it is not mentioned that this would be the last episode we have a hunch that it just might be because both Anna and Aman end up in the hospital with her being unconscious while Aman confesses his love for her .Now if you are a Yaqeen Ka Safar fan than this scene reminds you of that drama but where we know they will have a happy ending right there we hope that Mir Farooq is not made to disappear in the dark but is dealt in a way which would make this negative characters ending one to be remembered for a long time to come . 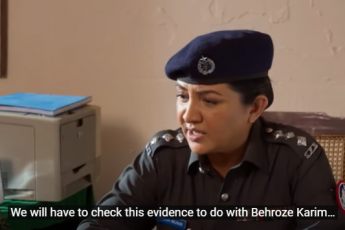 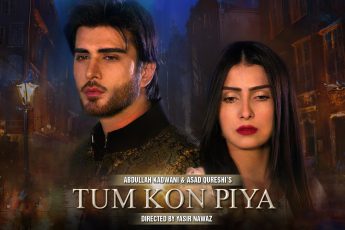 « Previous post
6 MUST TRY HOME KITCHENS IN QUARNTINE
Next post »
ABDULLAH QURESHI: KITNI DAIR IS A PRAISE TO THE ALMIGHTY’S KINDNESS