Yesterday’s game between India and Pakistan at the ICC Cricket World Cup 2019, is perhaps going to be the most-watched match out of the six-week tournament, and rightfully so for various reasons.

In spite of the disruption due to the rain between the match, India’s descent on the Pakistani cricket team was no more than the clash of the titans, as they raced towards a clear 89-run triumph. This game was India’s seventh straight win over Pakistan in the past few years, and even though the millions of Pakistani’s who were glued to their TV screens accepted defeat with a heavy heart, they lived up to their sense of humour on social media.

Instagram and Twitter erupted with memes and tweets from Sarfaraz’s yawning to the Indian team’s spirit to win the game, because humour is a great way of coping with loss and defeat, so here are some of the most hilarious reactions we recorded to keep your spirits high, and a good laugh.

1- Nothing beats denial to cope with loss, eh!

2- What was the strategy, Kaptaan sahab?

6- Seriously? This one got us baffled too.

8- Cuz we’d do anything to save ourselves

Either way, a game is a game and all we can do is LEARN FROM OUR MISTAKES and not take the opponent lightly. Had the Pakistani team worked on their strategy, fitness and over all performance, perhaps we might have been celebrating as the Indian Team is. However, for now, let’s just laugh at what has gone by! 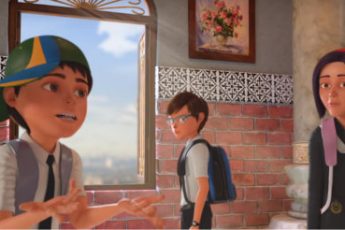 WHY AIMAN KHAN IS THE MOST FOLLOWED PAKISTANI CELEB ON INSTAGRAM