6 PERSONAL TIPS FOR SURVIVING THE FIRST YEAR OF MARRIAGE

The old adage that screams that “the first year of marriage is the hardest” stands true. The first year of marriage for any couple is the toughest because during this time you and your spouse try to build and lay the foundation of a #happilyeverafter. However, all the excitement fizzles out right after the honeymoon period, and you end up asking yourself, “what did I do wrong?”

Well, let me personally tell you that you haven’t done anything wrong be it an arrange or love marriage. The thing is, it’s a reality check for both the individuals because you find yourself in a phase where you get worried about combining finances, working around your career(s), not being able to find enough time, the shared engagements of your two families, and eventually begin to feel the realities of a “married life”.

But it doesn’t necessarily have to be a disaster, and there are so many ways to turn around from a fight or refrain from exchanging anything harsh that you’d regret later.

So, here are 6 tips from my personal experience as a married woman if you want to survive the first year of your marriage.

ACCEPT THAT THERE WILL BE CONFLICTS

In the very golden words of Adam Levine, “it’s not always rainbows and butterflies, it’s compromise that moves us along” had a deep impact on everyone’s mind who heard him croon and is also the very simple truth. There will be conflicts, disagreements, heart break, and you might even feel betrayed at times, but no marriage is perfect.

Solution: Don’t repeat the mistakes that I made, learn to accept each other’s differences because it may just teach you how to handle them if such a situation ever arises.

We often used to end up giving each other the silent treatment and I realize that despite being the mature one, I was creating distance between us by not sharing what was on my mind.

Solution: Let them know how you feel, what you want and expect them to do if something uncomfortable or bothersome occurs or you feel is not right.

LEARN THE DIFFERENCE BETWEEN SEX & COMMUNICATION

As a newly wed couple, intimacy is one of the most exciting times for two people, however they often forget to differentiate between communication and sex. For eg. a young couple’s way out of a fight is sex, and even though it may be exhilarating in the moment, it can later create feelings of anxiety and questions since the root cause remains.

Solution: Love each other as much as you can and want to, love is also one of the bases of a strong relationship, but if you’re perturbed, don’t use sex as an excuse to get out of it and discuss that problem instead.

MARRIAGE IS A TRANSITION PERIOD

Your spouse might say things that you won’t like, take you for granted at times and maybe even refuse to listen to you, but that shouldn’t dishearten you, nor should youthrow tantrums if you’re unable to get your message across.

Solution: You both are in a learning phase, adjusting to each other (even if you knew each other before getting together), marriage is tricky than a “relationship”. In this part of life, you’re sharing moods, views, ideas, learning to fit in with them, learning to become WE instead of an I, committing to each other whole-heartedly because this is it for you, so take it as a time of growth and development and how you can build a home with the one you love.

PUT AWAY YOUR PHONE

I’m going to straightaway get to the solution and that is, refrain from screen time because it’s not equivalent to spending quality time at all and that also includes Netflix. We’re vocal when it comes to “creating a work-life balance” but we don’t effectively work towards it because once we go back home from a long day at work, we end up ignoring our spouses and prefer to stare at our phone screens. Make moments with each other count instead of bringing it up in one of the fights for not spending quality time with each other because you were glued to your phones. It’d be awful!

YOU HAVE A NEW FAMILY NOW

I had a tad hard time accepting that I had to entertain and make my place in the lives of unknown people because it was a huge change for all of us, but I was adamant on embracing them, however more often than not, a lot of couples find it hard to accept their NEW extended families, so what do you do?

Solution: You take them in, you have to, become a part of their lives and maybe let them in once in a while so you all can become a source of joy for everyone. Of course there will be indifference, perhaps a hurtful exchange of emotions also, but remember you’re all learning to be around each other. So take it like an exam that you have to ace and do your best.

TYPES OF MATTRESSES FOR YOUR BACK ACHE 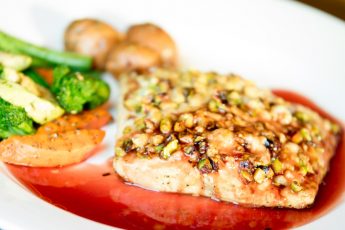