6 REASONS WHY PEOPLE ARE FAKE ON SOCIAL MEDIA

PEOPLE ARE FAKE ON SOCIAL MEDIA and that’s the unfortunate, but honest truth. Yet we fall into believing that everyone on social media is living a super fantastic life and you are not – which is sad!

The thing is, when you compare our life with others on social media, we feel that our life isn’t as fancy as theirs is, but, hey, news flash, people are fake on social media and to reiterate this, here are what we think, 6 reasons why they are like that!

As human beings, we don’t want to be cast aside, and therefore want to popular and just be accepted by others. Like you see in the movies, the mean girl always her own “mini gang of minions” at her beck and call. But while it’s normal to want to know what your friends and family think, to seek approval from complete strangers on social media is a bit bizarre, no? It’s sad to see that we’ve become obsessed with seeking approval from strangers we’ve never met instead of being confident within our own skin.

MATERIALISTIC PEOPLE GET A KICK OUT OF SOCIAL MEDIA

Social media has an abundance of people who care more about money, possessions, and status symbols, than integrity, authenticity, and anything real. Unfortunately, materialistic people who have a sense of identity or a sole purpose. They get a kick of being liked by others and it is these people who tend to seek approval from others and social media is their place to go and get it!

IT IS NATURAL TO MAKE COMPARISONS

We humans compare ourselves to others whether we like it or not. But we do it anyway. And social media is the “it” place to show others and that can be done through a lot of fake photos pulled up from Pintrest, fake statuses and only post what others would get impressed with.  And we do this to make ourselves feel better and feed that insecurity rooted within us because you weren’t born with all of it, so you show that you have it, right?

It’s all fake and it doesn’t mean anything, yet so many of us take social media seriously, which is mind-numbingly sad.

YOU CAN BECOME A SOCIAL MEDIA CELEBRITY NOW

Yes, and that even happen over night over a post or video that goes viral, and everybody wants to be famous on social media. And what’s troubling + ironic is that you can become a social media celebrity now! The kind and number of people on social media with their lives and circumstances, people will go to any length to be popular and the most “followed” person probably for a comment you made, or trolled someone, made a viral video or posted something trending.

Empathy is innate and compassion comes from having some sort of real time connection. However, we’re all strangers on social media, therefore we tend to lack any of these feelings for others. You see so many people being rude and harsh with their comments because they don’t genuinely care about anyone. No realness, true feelings and empathy that make us “human”. And honestly how can you bond with someone unless you’ve never met each other?

NOT EVERYBODY IS LIVING THEIR DREAM + AN EXCITING LIFE

Life is boring for a lot of people. You go to school, get a 9-5 job, start a family, but many people have a feeling that they’re not living an exciting life. And since they aren’t live “the life” so in order boost their ego, they show the fake but “fun” life on social media.

So you’re friends from back then would think now that you’ve made it and our popular on social media. 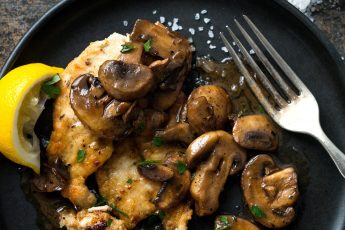 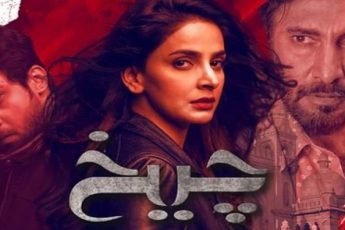 « Previous post
Parizaad – Ep 13 – Bubbly is Back with a Bang!
Next post »
Biography of Dur-e-Fishan Saleem – Age, Family, and Career