You could say that he was an underdog, and yet he scored big despite the lack of opportunities hereof, but he made it, and made it big enough for those who did not work or want to work with him, leaving them to wonder that how they were unable to gauge the stupendous talent of an errand boy from Sibbi, Balochistan. Huh! What a miss!

Abid Brohi’s journey has its fair share of trials and tribulations, but it also has a success story that shows the excavation of talent from a small town that went on to being nominated at the Lux Style Awards. Thanks to Patari’s Tabeer Project that showcased Brohi’s prowess as rapper in his collaboration with SomeWhatSuper in “The Sibbi Song”. What happened next? The track blew up like a storm, giving Brohi the much anticipated recognition from the “awaam” and celebrities alike. The response was massive and exhilarating, preparing Brohi for what was to come next. He gave unwavering live performances, interviews where he told the world his story and now he has released his second song for Patari Asli’s Vol 2.

“Kaam Doh” addresses the prevalent issue of unemployment which we as a country are largely facing and showcases the varied sides that Brohi adapts in the song, thus representing the different classes from the social strata who are gravely affected by the discerning fact of bayrozgaari. The theme of “Kaam Doh” is vibrant, and subtly highlights the issue without offending the masses, lyrically selling the truth and stating facts. Since Brohi himself was denied opportunities, so this song is an ode to all those people who refuse to see the talent that our youth is exploding with, and forces them to get college degrees that would lead them to “blue collar” professions. “degree degree hoti hai, chahay asli ho ya jaali”

Abid Brohi, like his music is quick and witty, and this guy is definitely on a mission without any political agenda like the rest, because he sees hope which is why his songs are a light-hearted analogy that highlights the darker side of reality. So listen to the track and let us know what you think if this could this be our next anthem?! 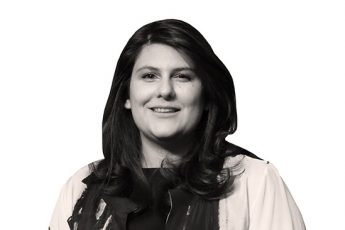