Actress Sumbul Shahid passed away losing battle to COVID. The actor was the sister of Bushra Ansari and Asma Abbas. According to the veteran actor Bushra Ansari, her sister Sumbul tested positive for COVID almost a month ago. She was admitted to a hospital in Lahore where she was getting treatment. However, the condition of Sumbul Shahid was not stabilizing and she was on a ventilator for the past few days.

Bushra Ansari also took to their social media to pray for her dear sister. Bushra posted an old picture on her Instagram in which Sumbul and Bushra can be seen together posing for the camera. Her caption read: 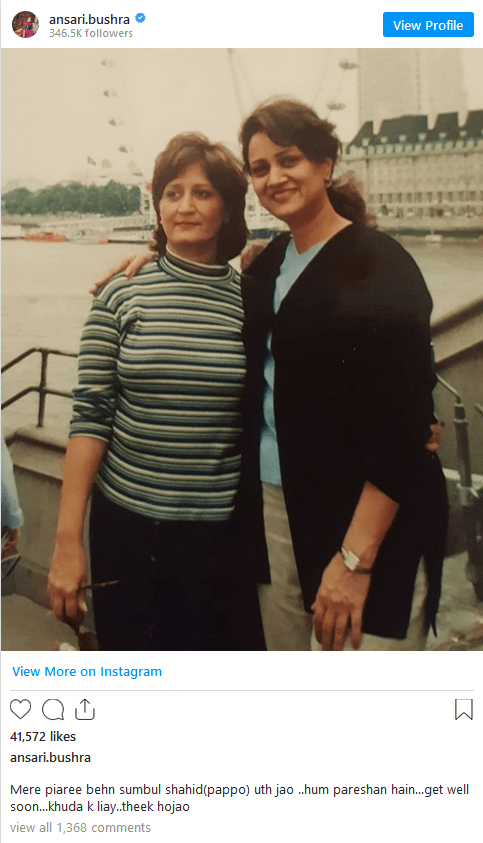 Many fans were unaware of the fact that Sumbul Shahid is on a ventilator. However, as soon as the post came up, fans from across the globe shared prayers and good wishes for the actor to recover soon.

Asma Abbas, who is also an actor and the sister of Bushra Ansari, shared a recent picture on her Instagram. Just like Bushra, Asma was also posing with Sumbul for a photograph as can be seen in the picture. Owing to her critical condition, Asma requested her fans to pray for Sumbul Shahid in her post caption: 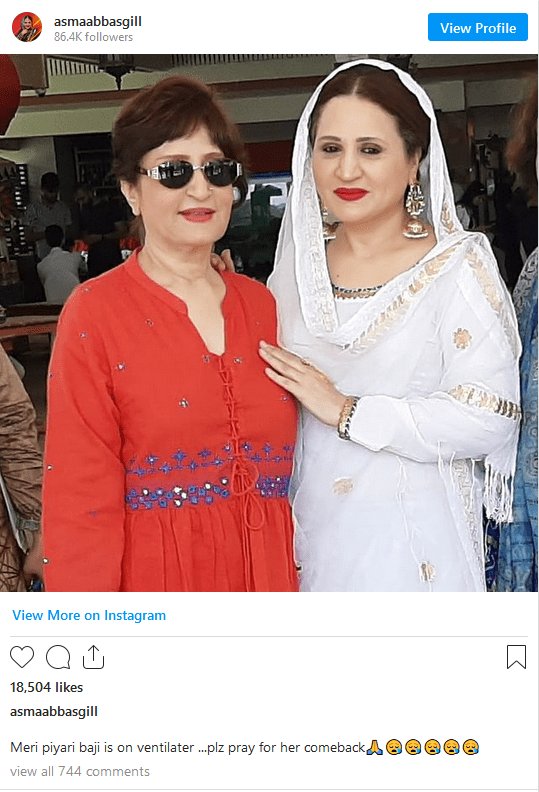 “Meri piyari baji is on ventilater …plz pray for her comeback”

When it comes to successful TV projects, Sumbul Shahid was one of the few actors who gained a positive reputation in a small amount of time. Her notable TV projects include Golden Girls, Dolly Ki Ayegi Baraat, Malika-e-Aliya, Ishqaaway, and Takay Ki Ayegi Baraat. Many fans believe that the actor had just begun to win hearts and left the world too soon.

Sumbul Shahid’s last project on TV was in the recently aired drama Nand starring Shahroz Sabzwari, Minal Khan, and Ijaz Aslam. Nobody knew that this was going to mark the last project in her life.

Although Sumbul Shahid passed away yesterday but we will never be able to forget her contributions to the acting industry.

We share our heartiest condolences with her family and sisters at this deeply saddening moment. To all the fans, take a moment to pray for the departed soul.