We never knew that Ahad Raza Mir and Ali Ansari will be the two guys winning the hearts of the star sisters, Sajal and Saboor. With Saboor getting engaged, we are loving the new star-studded family. It looks like these four are among the very few who are not only related to each other but also belong to the same professional industry. Let’s take a look at the highlights of Ali Ansari and Ahad Raza Mir to find out how they are different from each other while sharing the same profession. 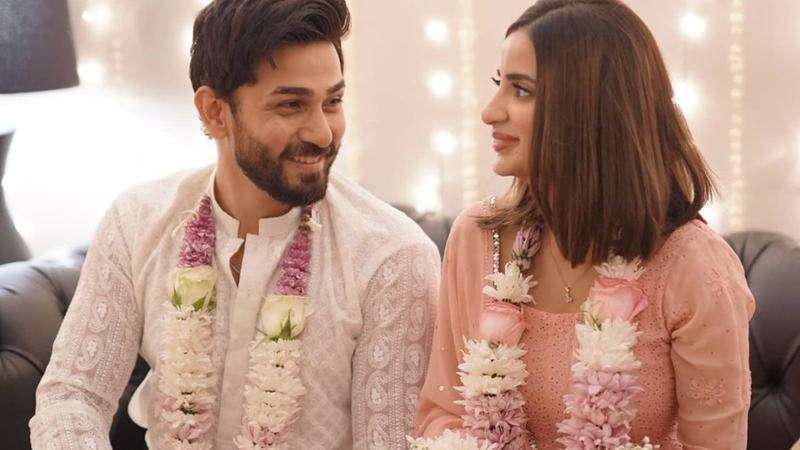 Saboor Aly and Ali Ansari recently got engaged. The celebrity couple shared this big news on social media. Fans and friends are sharing immense love and good wishes for the couple. They flooded the comment section with love and prayers. The Gul-o-Gulzar star shared a photo with Ali Ansari from their engagement ceremony and wrote:

“Baat Pakki. With the blessings of our families, I’m ready to jump into a new life with an amazing person ALHAMDULILLAH.” 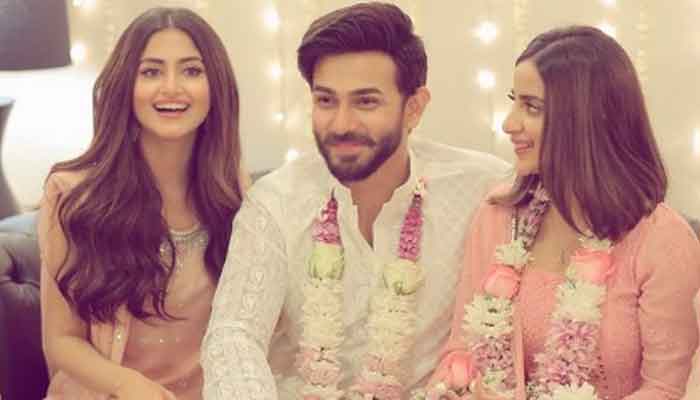 Sajal Ali took to Instagram to share a picture with the couple, welcoming Ali Ansari to “the family”.

Who Is Ali Ansari?

Ali Ansari is considered as one of those personalities who are multi-talented. The Chalawa fame actor is not only good But also a well-known VJ, RJ, Musician, Model, and Dancer. He is one of the rising celebrities. Ali has performed supporting roles in various popular serials. He is 33 years old and currently living in Karachi, Pakistan. 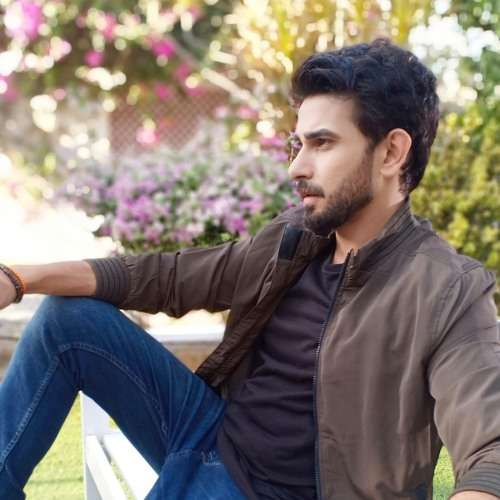 Ali did several serials. He is doing very well as a leading actor as well as a supporting actor. He has some hit serial in his credits.  Some of his super hit serials are “Khaani”, “Ghar Titli Ka Par”, “Andaz-e-Sitam”, “Saya-e-Dewaar Bhi Nahi”, “Is Khamoshi ka Matlab “, “Dil Tanha Tanha ”  ‘Chalawa’ and many others. In 2015 he got the breakthrough of his career where he got a chance to show his acting skills.

Ali is also a very good dancer. He is a Specialist in Hip Hop and it is his favorite dance form. He has an interest in singing too and used to play drums and can dance well. Ali was passionate and enthusiastic about the Showbiz industry from the start that motivated him to be an actor. Ali Ansari has also walked on-ramp for top fashion designers.


Ali Ansari’s entertainment skills made him enter the glam Industry. His only sister Mariam Ansari followed in his footsteps and became an actor.

Sajal and Ahad Raza Mir – At a Glance 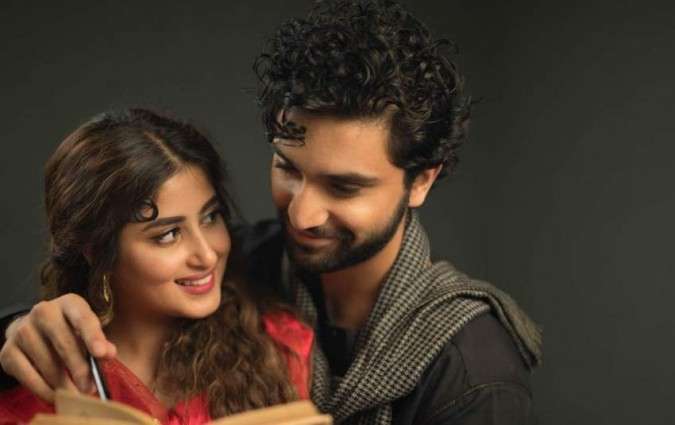 Sajal and Ahad are everyone’s sweethearts. They both worked together in the drama serial Yakeen ka Safar. They were considered as a super-hit pair! After that, Sajal and Ahad also bagged two more projects – Aangan and Yeh Dil Mera. The two stars decided to get engaged a few months before their wedding. Ahad’s family forwarded the proposal to Sajal’s family. The couple tied the knot in March 2020. 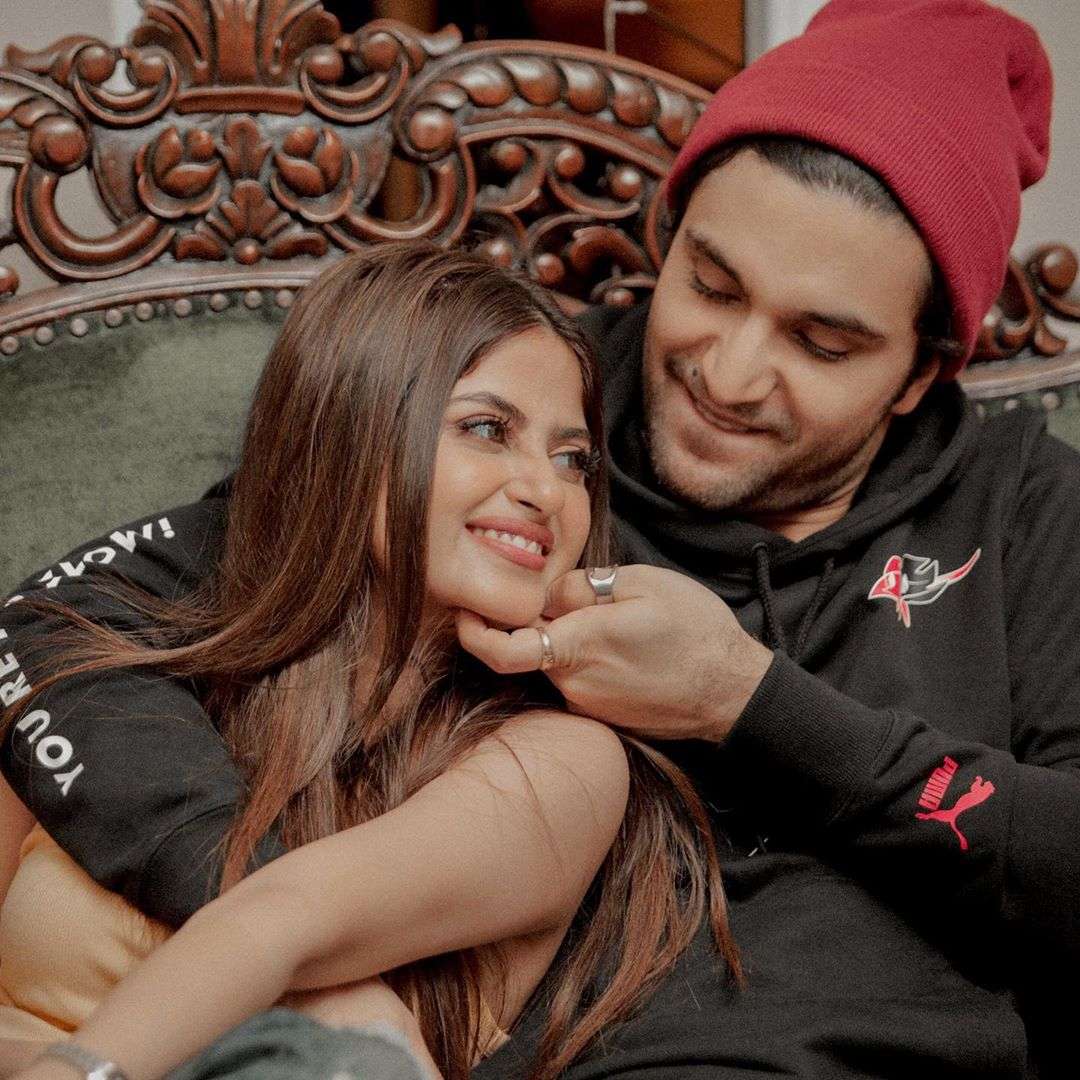 
Ahad Raza Mir is a young actor and singer who debuted in the Pakistani drama industry a few years back. He is going to turn 28 this year. His Zodiac sign is libra. Ahad was born in Pakistan but spent his almost life in Canada. He always showed interest in performing arts. 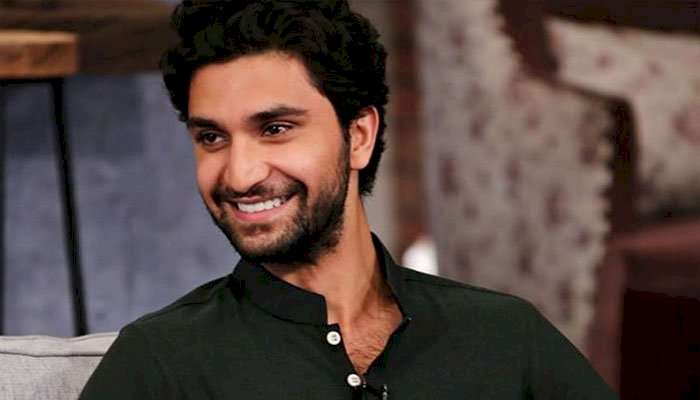 He belongs to a family where already superstars existed. His father Asif Raza Mir is a renowned name in the showbiz industry. His paternal grandfather was a film director. He was also the cinematographer for the first-ever Pakistani film.

Ahad Raza Mir is one of the very few actors in the industry who were lucky enough to get a kick-ass movie in the early days of their career. His first film was ” Parwaz Hai Janoon’ which was a tribute to Pakistan Airforce. He also did amazing and memorable performances on the small screen. His serials Yakeen Ka Safar, Yeh Dil Mera, Ehd e Wafa and Aangan were superhit.

Ahad has a very good taste in music and not only as a singer but also he can play multiple musical instruments like Guitar, Drums and even a Desi dhol.