Socially, the month of May has been a giant roller coaster for us because our news feeds were bombarded by stunning glamazons to immortalizing memorable moments and celebrities stealing the spot light on back-to-back major events such as the Met Gala, #SonamKiShaddi, Festival De Cannes, the Royal Wedding and now the Billboard Music Awards. But with these glamorous events, we were unsurprisingly more excited for Mahira Khan on representing Pakistan at the Cannes 2018.

Mahira came, we saw and she conquered the Cannes red carpet like she was born for it, and we were swelling with pride and joy for this beauty. Besides radiating her natural aura and light, Mahira made some wonderful sartorial choices that are still abuzz despite her return. And we have her uber-cool stylist, Amar Faiz to sing cheers for. 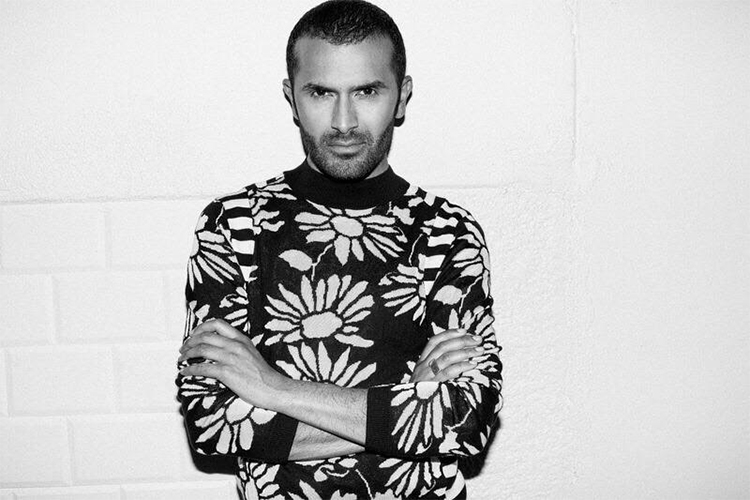 SS: How long did it take for you to plan the looks for Cannes 2018?

AF: Since I got on board 3 weeks prior to the Cannes week. So I would say pretty much the 11th hour to get all day and red carpet looks sorted.

SS: Which is your favorite look? And why?

AF: Well all the looks were closely curated on Mahirah initial brief. The final selection of 40 for day and red carpet looks were my favourite. Out of the ones she wore, I do have favourites but Ofcourse it was the Alberta Ferrerati black dress she wore on the red carpet. I am all about Old Hollywood Glamour.

SS: How much of input did Mahira give on the looks? Or did she leave it all up to you?

AF: Basically I shortlist looks by myself after I have discussed the brief with Mahirah. and than me and Her go through it on the fitting days.We do have disagreemts sometimes on what she should wear, but if I feel strongly about something than I push for it. 😉

SS: You have worked with Mahira before, what is the most difficult and the most rewarding part of dressing her?

AF: Most difficult… hmm.. well it has to be when we don’t agree but luckily that isn’t much of that. Most rewarding has to be that I can in a way educate masses about fashion through styling Mahirah.

SS: We hear her look for the red carpet was stuck at customs, what were you planning on dressing her in? And how did the last minute save come around?

AF: Yes that’s true and it was an unfortunate situation but this happens all the time. There were several others who had the same issue with customs. I wanna keep the designer name confidential as we haven’t used the look but it was a black dress as well but it was customized (I made changes in that dress) but we had several dresses shortlisted. Alberta Ferreti was a favorite from day one. So it was absolutely not a last minute backup.

SS: What was most memorable bit at Cannes 2018, for you as a stylist?

AF: That I was there with a Pakistani actress, representing Pakistan for the first time on a large scale and her style was much talked about by people there and also international press.

The 7th Hum Awards 2019 put on a big show on an other continent with our celebrities flying around the world posting and updating us on social media to gear up for what would be a glamorous show while...