By now we are sure that almost every Pakistani girl is drooling over Bilal Abbas Khan! Not only has he won the hearts of everyone by his stunning looks but his exceptional acting skills and high quality dialogue delivery. We have seen it in each and every episode of Balaa. It is a drama produced by Fahad Mustafa and Dr. Ali Kazmi under the direction of Badar Mehmood.

The drama is all set to come to an end with its last double episode! It is about to air on ARY Digital Network on 14th of January, Monday. Everyone is already talking about it being one of the most successful and thrilling drama serials.

Although we do credit the success of the drama to the producers, directors and the writer Zanjabeel Asim Shah but a lot of its success goes to Bilal Abbas Khan because he has done the greatest justice to his character. Especially how he handled his character development. 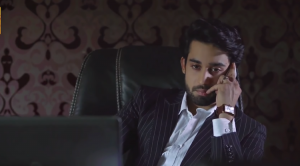 He begins with performing a soft and light hearted man surrounded by love of his mother and sisters. But soon, he shows tremendous acting skills as his character develops into a wild and revengeful man. This man has been betrayed by his wife’s actions that caused the death of his mother and sister. This versatility of acting skills within the drama is beyond just verbal appreciation.

His transformation in acting from a very decent character developing into a ferocious man is astonishing.

However, there is another distinctive quality to talk about here. When we look into how Bilal Abbas Khan is playing two individual roles. He plays different highly opposite characters in two separate drama projects. Which is why, we are inclined to believe that he truly is an epitome of perfection.

Besides, Balaa, he is working on Cheekh. It is a new drama serial that aired its first episode on 5th of January on ARY Digital Network. The drama is produced by Fahad Mustafa and Dr. Ali Kazmi and directed by Badar Mehmood. So these are the same team of Balaa producing another creative drama, Cheekh where Bilal plays the character of Wajih.

While playing the character of Taimoor in Balaa, we can see his blood thirsty eyes full of revenge as he delivers dialogues in a heavy toned voice that is burdened by sorrow. It’s like you can look into his eyes and his way of acting and understand what type of character he is playing even if you put the sound on mute. 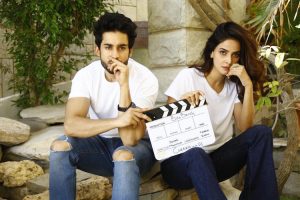 Then we have Cheekh where Bilal immediately turns into Wajih, a fun, bubbly and full of life person whose eyes are filled with love and charm. His body language changes and his dialogue delivery becomes much light toned to portray his true character.

Both the character of Taimoor and Wajih are highly opposite and contrasting. However, Bilal Abbas Khan juggles them both impressively and neither role is compromised.

Bilal does complete justice to both of his characters of Taimoor and Wajih. Whether it is the looks, the style of dialogue delivery or his body language, everything changes to portray his character and it is really a phenomenal work.

He has become one of the most talked about television actors on social media!