Amna Ilyas is a Pakistani Super-model and actress. She was introduced to the modeling field by a family member at the age of 16. Amna captured the eyes of some photographers and got featured in the cover image of Fashion Magazine. She has a strong personality and is very vocal about social issues. Her utmost dedication to her profession has increased her status in the film industry as one of the best actresses. Today we will have a look into the biography of Amna Ilyas to know how she is off the screen.

The confidence and beauty of Amna Ilyas are no doubt make her one of the top-rated models in Pakistan.

She belongs to a convention and a non-artistic family. Amna Ilyas was born on 11th October 1987 in Karachi Pakistan. She has two sisters Uzma Ilyas and Sadaf Ilyas though her sisters followed her footsteps and entered the Showbiz industry as a model.

Amna Ilyas started her schooling and College in Karachi. Soon after completing B.com, the actress entered the showbiz industry.

Amna Ilyas has done a lot of modeling shows for famous designers including HSY, Karma, Khaadi, and ChenOne. She’s also been nominated for various Awards during her modeling career. She represents both Pak-Western types of clothing on fashion ramp and participated in different international fashion shows as well. She is a very talented and hard work actress. 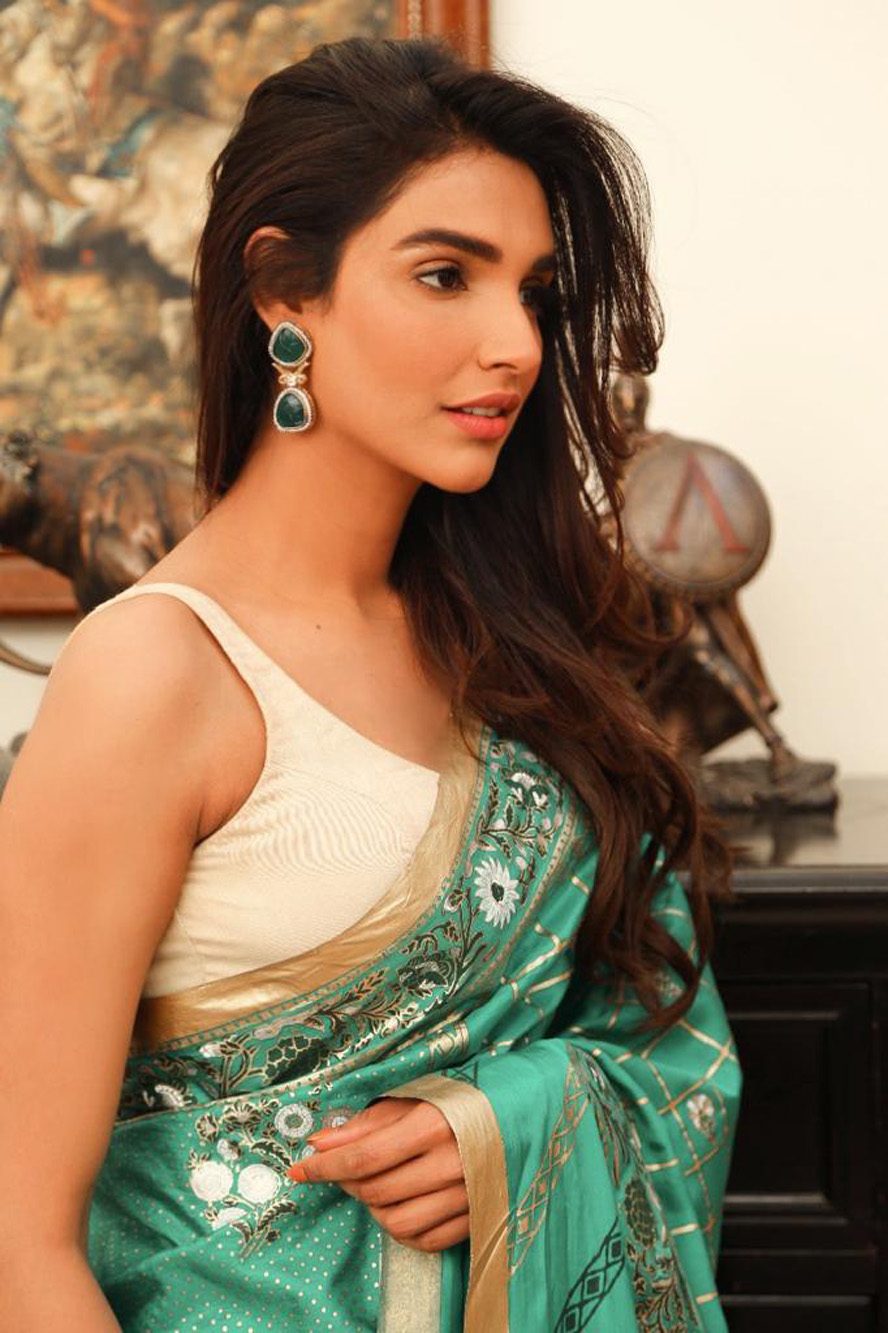 Amna left their modeling career in 2013. She took interest in acting and tried her luck. Amna has been renowned in the industry for selecting unconventional scripts. She is admired for her acting skills.

In 2013, the actress made her film appearance in a leading role. In 2014, she appeared in the drama film ‘Good Morning Karachi. Later Amna also did an item song “Kaala Doriya” for the Asad ul Haq’s romantic comedy Dekh Magar Pyar Se.

Amna did many Lollywood films and every time amazed by her powerful roles. Amna Ilyas appeared on big-screen in 2013. Her first movie was “Zinda Bhaag” with Zain Afzal. She did 2 movies in the year, Meenu Gaur and Zinda Bhaag. Zinda Bhaag film proved to be a commercial success. It was declared Super Hit by the box-office Pakistan earning. In 2018, Amna worked in Saqib Malik’s debut film Baaji. She is known for portraying the role of Neha so beautifully in the film ‘Baaji’ alongside Co-star Meera.

Baaji was one of the highest-grossing movies of 2019 in Pakistan.

Amna has been nominated and won several awards throughout his career. Following are the awards won by Amna Ilyas.

The Journey of Amna is replete with several of her ups and downs in the Fashion industry, especially for her Skin tone. She is among the few actresses in Pakistan that want to completely deformalize colorism in Pakistan. The model and actress are very vocal about how important it is to move away from the set standard of beauty that people have when it comes to women. She faced criticism because of her dark complexion. In 2015 when Aman Ilyas won the Lux style award she addressed the dark skin complex in her acceptance speech back then too.

Other than Item numbers in the films Amna Ilyas has also been part of some very popular music videos. Which Includes Farhan Saeed’s Halka Halka Suroor on the top.

Amna Ilyas worked in a very limited number of serials.

We hope you enjoyed knowing all the details of the biography of Amna Ilyas.