We all have 2 or 3 bad habits and that’s OKAY, but have you wondered that some of the common bad habits that we all have might have something to do with our zodiac sign? Like constantly worrying, or being moody all the time, and overspending?

A lot of us don’t believe in astrology, but the study of stars and how they define a part of us is ancient study, and depending on some of your personality and the common traits, there might be a few “classic” bad habits that our zodiac sign reveals about us time and again (and believe me you’ve noticed it too).

So, *drum roll please*, here are the CLASSIC bad habits of each zodiac sign that we’ve come to know.

*Repetitive habits* Caps work too hard and often forget to keep the balance they terribly need, which in return causes them great stress and that takes them to behave in a certain manner, for eg, clicking a pen, or moving their legs to the point that it takes a toll on people around them and they explode.

*They walk to the beat of their own drum* Because of their elusive nature, prone to being easily zoned out because they’re having at least 5 conversations in their head, Aquarians do everything on their own pace, which can be quiet the problem for them

*Messy and forgetful* and they’ll just about loose everything from keys to earrings, even the phone charger in the mess that they’ve created themselves. They are nervous creatures and often get into arguments for being so negligent.

*Bossy. Demanding. Hard The ram is unwilling to compromise and are very temperamental. In the work place, they can be a tough nut to crack and its very hard to work with them because they like pushing people to the edge, and if things don’t work out as planned, you’ll want to steer farther away from their wrath and avoid the blame.

*Clumsy. Rigid* It’s true, having a Taurus around is like a bull in a china shop. They break things – a lot and also they are very fixed in their ways and simple routines, so if you want to make a Taurean do something, you’ll have to go through a whole course of convincing them.

*They keep changing their mind over and over again* and can drive a patient person INSANE because of their indecision because they are scattered in their head and think of not one or two, but multiple ways to do or say things. Admittedly, more often than not, it’s a disaster.

*They prefer to be in their comfort zone* and even though this may be a good thing, spending a quiet night at home with Netflix, Cancers can procrastinate to the extreme because they will not feel comfortable if they step out of their safe place and that can be a very big problem.

*Obsessively self-obsessed* Leos love to talk about their wants, their needs, their desires, their life, their hair, their weight, their feelings, their emotions – basically JUST THEM because they are “special” and all your focus should be on them.

*Classic naysayers* Virgo’s are finicky about everything from what they eat, to wear, to sleep in and who they are seen with. They want perfection to the T and if things don’t workout as planned, their negative inner monologue is going to get the best of them and everyone else around them. Their negative talk can be a nightmare.

*They abandon everything for love* because Libra’s fall in love to quickly and quiet often. Flattery and happiness drives them and they disappear from the face of the earth once they are coupled up, forgetting everything else around them.

*Slackers* When it’s time to do something right and important, Scorpios disappear from the face of the earth. They are moody and if they don’t feel like doing anything, they’ll become a burden instead of help. Slackers because of their mood to be in their own space.

*Don’t say what they mean* and they’ll say just about anything in any situation without thinking it through. That’s a classic SAG move. They don’t know what a filter is. 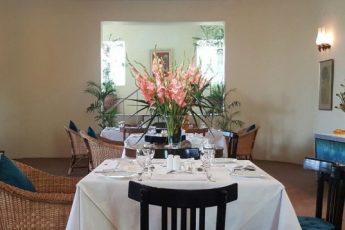 BREAKFAST PLACES IN LAHORE THAT WILL WIN YOUR HEART

6 THINGS PAKISTANI'S CAN DO AMIDST #COVID19 LOCKDOWN