Desi aunty’s love to gossip, gossip about everything that shouldn’t be talked about in the first place and these are just their misplaced standards. On the phone to their committee parties, they enjoy incessant gossip on clothes, shoes, show off their joray, hunting rishtay for their bhanja, to stereotyping and giving unsolicited life advice on EVERYTHING. And this has to stop.

So we’ve listed 6 inappropriate things that desi aunty’s enjoy discussing and it’s so not cool.

The minute you are 20 years old, you should be married off to someone with 2 arms and legs. It doesn’t matter whether you have ambitions or dreams, or you’re getting older and studying, just find a rishta asap and get married because according to these aunties, parhai thori na kaam ani hai, karna tu ghar ka kaam hai and make babies. Chakar na chala lay kahin kisi se.

THE GORI VS KAALI DEBATE

This haye kitni kali hogai hai bahar ghoom phir ke, and dono behno ki rangat may kitna farq hai debate has gotten the best of all of us. This is by far the worst topic to be discussed in any social gathering and unfortunately is bound to come up. Misha is fairer than Rabia, maybe she should use XYZ cream till she gets married. As if the color of her skin is going to set the course of her life. Hint: racism.

Even though women support women, but sometimes women rip each other apart as well, without realising the consequences and impact of their rubbish talk. If a man is agreeable to any of his wife’s wishes, he isn’t a joru ka ghulam, but a man who puts his wife’s needs first, it means he cares. But we want to put the whole idea of a man tending to his wife, down.

WHERE TO GET LAWN A+ COPIES BECAUSE ORIGINAL BOHATI MEHNGI HAI

Despite these trying times, the lawn fever hasn’t settled considering the soaring prices. One luxury lawn suit of a well reputed brand costs around Rs. 11,000/-. but Shamma aunty wants to brag to her friends that she’s wearing print A from Elan’s volume 2 and not spend so much at the same time, so they exchange notes where to get A+ or B+ copies of Anaya or Sana Safinaz. Aray what hypocrisy is this?

A lot of aunties love to discuss their new bahu’s with their friends, and people are generally inquisitive about them also. But the hottest favourite topic is the bahu’s temper because she is not allowed to irk or get irritated of anything that bothers her, and if she does, then she’ll be a discussion topic in the next kitty party from her ghussa to her nakhra to her uff uff.

Discussing someone on how they look and judging them is equal to body shaming and as if social media was not enough, our aunty’s don’t skip  a single moment to body shame XYZ’s daughter or someone a part of their group on how skinny, fat, obese or chubby someone has become. Such people should be shunned for shaming each other. 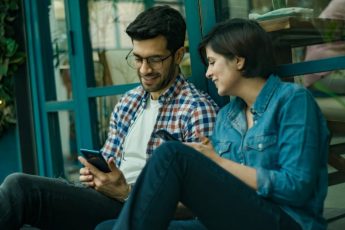 Learn How The 5 Senses Can Enhance Your Food Experience