Having had an exclusive preview of the most sought after lawn this season, to say we are impressed with Elan Lawn’s presentation this year is somewhat putting it mildly. 15 designs with one color variation each, are all a labour of love meticulously designed down to the last detail.

As the Design Head at Elan, Salman Naseer Ahmad, took us through the collection it was obvious that this year Elan Lawn had evolved even further from where the brand was last year. The suits are more colorful and vibrant and you won’t find the softer hues which were the hallmark for the collection last year. 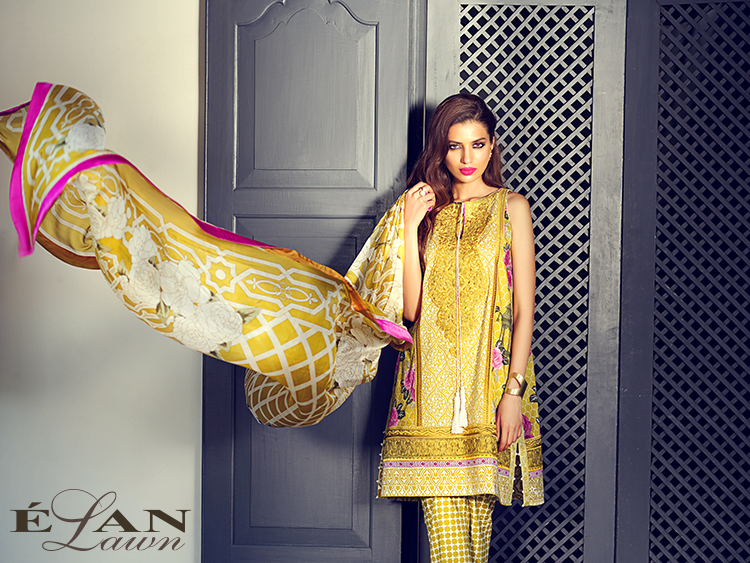 With just 3 days to go before Elan Lawn’s official launch, one should not expect any less madness at the exhibition given the brand is set to deliver beyond the customer expectations it has set in the past years.

The Elan Lawn 2015 collection is based on inspirations from the world, and does not limit itself to fancy titles given to the designs. Each piece features elements from a part of the world it promises to be inspired from – truly embodying the concept of the ‘Voyager’. Featuring motifs like lemons, vases, butterflies, shells and pillars on the Italy inspired suit, while boasting a fine zebra print adorned with jewellery motifs, on the African suit,  the team has done an extra ordinary job in picking subtle elements from all over the world and weaving them together in a tasteful way so that none is too over bearing or in your face.

Every piece is sheer artistry. The back and front can be swapped, and everyone does not have to wear the same piece the same way. Even the embroideries on some pieces are such that they can be used on any part of the shirt which gives customers more options to customize the final look. The usual formula for dupattas, borders on the sides – design in the middle, has been chucked and instead each dupatta has a different composition and no two patterns are the same. 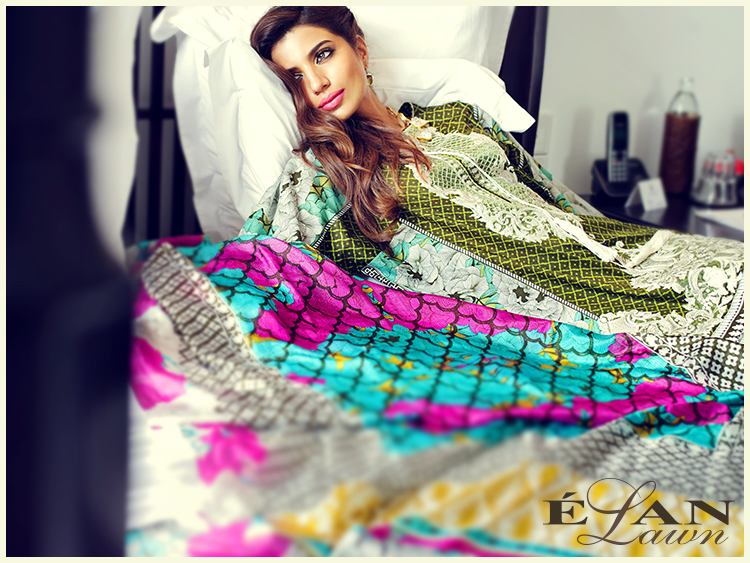 The hand painted effect on some pieces can be framed and put on the wall. Just looking at the rendering will make you feel you are looking at a painting on canvas. The color restrictions lawn printing usually has is tackled flawlessly and that’s not an easy feat to achieve. After focusing on printed trousers last year, this year Elan Lawn is introducing embroideries on prints to embellish the trousers further.

Unfortunately the Aunty loot brigade will go in stores and just get their hands on everything they can find, but this truly collection deserves to be admired for its finesse, the beauty really is in the detail and despite being inspired from all over the world they way the collection comes forth in a unison is another feather of achievement in Elan’s cap.

Team Elan, take a bow. Aunties get your trainers on…