Would you like to stay in control of yourself through joy and amidst adversity? No doubt emotional stability is a highly desirable trait for so many right reasons. But like all else that is MOST WANTED, emotional stability too needs efforts, homework, background checks, and whatnot.

But how do you become emotionally stable? Do I foster certain habits or choose actions and thoughts that help me become calm and collected?

WHAT DOES EMOTIONAL STABILITY HELP WITH

To describe briefly here is why you should care about emotional stability and safe yourself from feeling:

For starters, one has to typify habits that emotionally stable people to go on in life so you can cultivate emotional resilience.

THEY SET UP HEALTHY BOUNDARIES

Emotionally stable people know when and where to draw a line when it comes to physical and psychological boundaries. They know ways to cut the noise that in any way deters their growth. For eg. if they get hurt, they know how to heal themselves and it could be through meditation or exercise – anything that helps them cope. See 10 Ways To Build Boundaries

Emotionally stable people are confident and self-assured about themselves, they think before they talk and listen to others carefully. And through their communication they pick on little pieces that make them better listeners. So, emotionally person wont behave defensively if he/she is given criticism, they will listen and work on it.

THEY KNOW WHEN TO SAY NO

A lot of us struggle with the power of saying No. Due to this we have become addicted to people pleasing which is a big mental health buster. Emotionally unstable people get stuck in commitments and everyone simply takes them for granted. But emotionally stable people work on their time and pace or just not at all. Isn’t that great?

THEY AREN’T AFRAID TO SEND AN S.O.S

Whoever said that asking for help made you look weak was the dumbest person on planet earth and you aren’t a failure. You need to realise that you can’t do everything on your own and that successful people are always backed by other people simply because they asked for help. That’s how the world works!

THEY HAVE A SELECTIVE GROUP OF FRIENDS

Toxic people are the worst any way (and I apologise for being blunt) but they’re just so negative and all they want to do is pull others down with them. Emotionally stable people do not expose themselves to such individuals because they know that its human nature to get influenced by others and they want to know by the company they keep.

THEY ACCEPT WHO THEY ARE

Emotionally stable people are aware of their positives and negatives, and therefore accept themselves exactly who they are whilst working on themselves. That’s a big plus, it helps them become a better version of themselves as they go on to learn and grow! 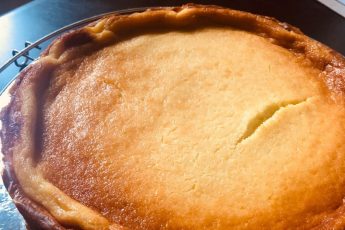 RECIPE: THE BEST KETO CHEESECAKE YOU WILL EVER HAVE

WHY DESI PARENTS CHOOSE THESE 5 CONVENTIONAL CAREERS FOR THEIR DAUGHTERS

4 THINGS I DID IN QUARANTINE WITH MY PARTNER