Falak and Sarah both have a huge social fan following. Both of them are very active on their social accounts and share updates happening in their lives. Taking to Instagram the couple announced the arrival of their first baby. As soon as the news broke, the fans are showing love and best wishes for the couple in the comments.

Let’s take a brief look over the couple’s journey from marriage proposal to the announcement of the first child.

How it all started

It all started in 2019 at HUM TV Bridal Couture Week. Sarah Khan was the showstopper of the evening. Before that day Sarah and Falak had only met as acquaintances. Falak asked Sarah and Noor (Sarah’s younger sister) to join them for tea. They had tea and had a detailed conversation. 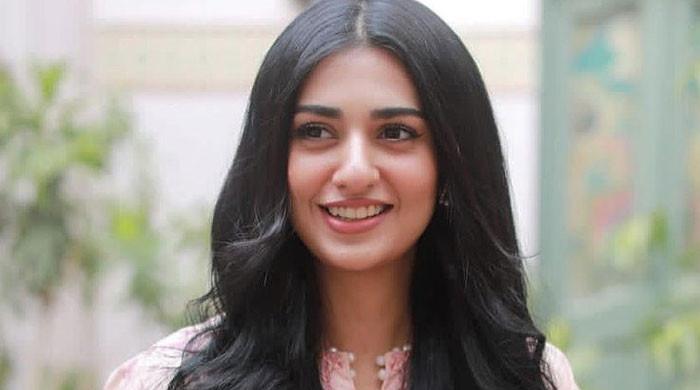 Their second meeting was a dinner after the show, at a restaurant at MM Alam Road, Lahore. After dinner without wasting time, Falak told Sarah that he wants to marry her. The Sabaat Actress told him to meet his father as he is the one who will decide.

Luckily, everything worked out for the best. The families met for six months and the rest is history.

Sarah had a dreamy fairytale proposal that every girl wish for. Falak Shabir got down on one knee during his ladylove’s birthday party and won her over. With the regal outfits and fireworks erupting in the night sky above, each picture looked like a scene straight out of a fairy tale! The internet was taken by storm when the couple announced their engagement.

Sarah and Falak Shabir got married in an intimate Nikah ceremony a day after the actress announced her engagement with the singer. The celebrity couple looked elegant in the traditional wedding outfits.
It was a four-day cheerful event in the spotlight and the couple received a lot of best wishes from fellow celebrities and, of course, the fans.

The soon father-to-be Falak revealed the exciting news on social media to the delight of the couple’s fans and followers. Later Sarah Khan also shared the same post on social media. A heartwarming captioned was penned down with the adorable pictures of them together. 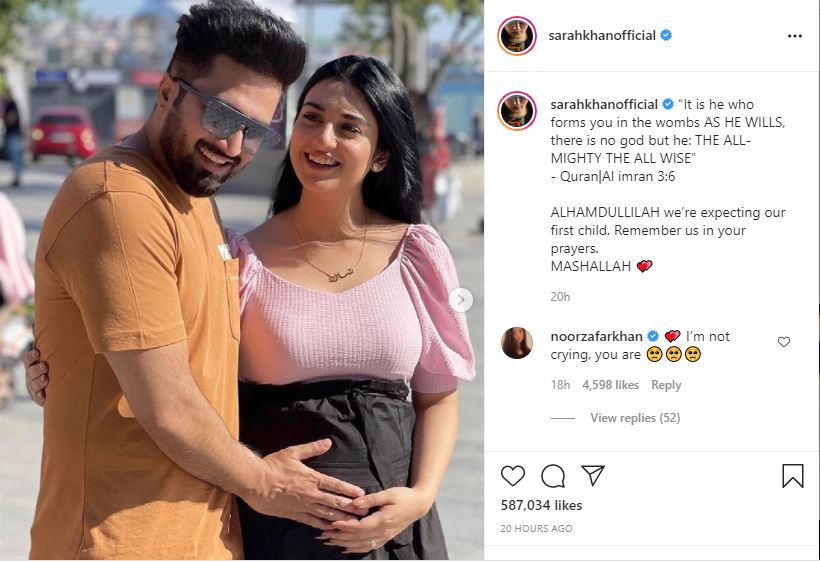 “It is He who forms you in the wombs as He wills, there is no god but he: THE ALL-MIGHTY THE ALL WISE’ – Quran|Al Imran 3:6,” he quoted. “Alhamdulillah we’re expecting our first child. Remember us in your prayers,”.

We wish the happy couple lots of happiness and joy.