Farhan Saeed And Hania Aamir Pair Up For ‘Jhooti’

Farhan Saeed and Hania Aamir will soon be seen in love in the upcoming drama. It will be exciting to see the chemistry of this fresh pair in a play. This will be the first time both the actors will be working in a drama. Before that, they were featured in Asim Jofa’s promotional music video Piyaar Sufiyana. Fans are already excited. The upcoming project is the title ‘Jhooti’. Let’s get to know more about the project. 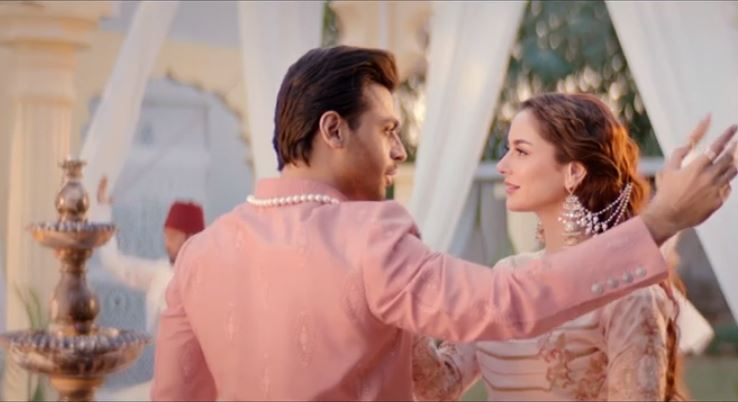 The story is written by Saira Raza a renowned novelist. It’s a family story with a love story in the middle of it. It will be a powerful love story between the leads played by Hania and Farhan. The story will have an emotional twist and turns for its viewers. It is based on contemporary issues. The audience will feel relatable.

Farhan Saeed was previously seen by his fans in the drama Prem Gali. His acting career got a boost from the romantic comedy play Suno Chanda. Saeed is originally known as a singer. Apart from singing he is into acting, modeling, and hosting for few years. He has a huge fan following.

Hania Aamir is a young charmer of the Pakistani Drama and Film industry. She always opts for roles that create a strong, impactful impression on the audience and are different from the previous acting project. She doesn’t hesitate to do a negative role but makes sure it grabs the audience’s appreciation and interest. Fans are eager to see her again on the small screen.

We hope to see Farhan Saeed and Hania Aamir together on screen pretty soon.