GROSS INGREDIENTS THAT ARE FOUND IN YOUR COSMETICS

What if I tell you that you have crushed beetles on your lips, fish scales in place of highlighter, and bee venom and snail mucus in your cosmetics? If you are taken aback and surprised here is more. Cosmetic manufacturers and specialists have been in habit of employing nin-kilter ingredients to brew concoctions that bring about that most sought after puerile glow. Today we are digging in to see what other weird ingredients are we all carrying in our makeup bags.

FYI: You may end up not admiring most of these but knowing what you are applying on your face and body is important. Also, the preference of natural ingredients over synthetic ones ends in the use of these seemingly weird ingredients.

Let’s take a look at what your beloved cosmetics are made up of.

It is an insect found in Mexico which is crushed for its red dye and added to lip tints. How can you spot if your cosmetics are composed using beetles? Check out the ingredients list and see if “carmine” is listed there. If you find it there it means dyes from Cochineal beetles were used in its manufacturing.

The slimy gel-like substances left by snails on the go is a valuable resource for the beauty industry. Snail ooze is added to anti-aging potions and acne treatments. It is also found to elicit growth and healing of the skin.

Skin obtained from babies after circumcision is an asset for high-end spas and beauty clinics. It contains epidermal growth factor which is related to benefits like skin firming, anti-aging, and reduction of brown spots, etc. So if you hear the term ‘penis facial’ trust us it is a reality!

Well, it’s funny and weird how humans have left no living thing untouched to achieve that infantile glow. Whales are no exception. Ambergris is a waxy substance made in the intestines of whales and is used in exquisite perfumes. This stinky stuff is unbelievably expensive and 1 pound of this shit is sold for $10,000.

Formerly it was believed that bat guano is added to mascara whereas actually, it is the scales from fish. Relieved? Fish scales are also added to skincare products, nail paints, shampoos, and bath items.

The most novel trend in hair care is the use of bull semen for its high protein consistency. A mixture of a plant called Katara and bull semen is applied in a treatment at the swanky saloons that costs around $90-120.

A little more about it…

You can also be using dynamite, shark liver oil, birds poop, sheep wool wax, mink oil, tallow, and plastic as a part of your cosmetics. How do you feel about it let us know in the comments? 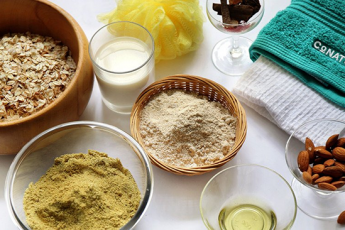