HOW TO ASK YOUR BOSS FOR A PROMOTION

Believe me when I say this, “asking for a promotion” can literally be a cause of a severe panic attack for a majority of us. And if you are amongst the feeble-hearted, proceed with caution. And obviously it’s both, intimidating and daunting to put yourself up front and ask for a “promotion” from the very person who scolded you a while ago for not meeting a deadline, (it happens…) but let me tell you this also, you’re going to do one of the most important things for yourself and your career if you do happen to act and ask!

So, it’s been decided because you’ve thought it through, back and forth that you deserve a promotion, but the million dollar question that’s been haunting you is, HOW TO ASK YOUR BOSS FOR A PROMOTION?

Personally speaking, I did it and so can you, and I’ll even tell yo how you can do it, but first, hear me out!

I remember dreading the “big talk” and how worried I was thinking if was I going to sound greedy or ambitious. How would I be able to bring the topic up? etc. I was running a marathon in my head, but deep down I knew that I deserved it, I had the numbers, the plans, the results and the attitude to prove it (and also because I had deeply reflected on my performance) so the answer was crystal clear to me. I was going to do it for me because I knew my self-worth.

Anyway, so here’s what I think you can do if you’re planning to ask your boss for a promotion! Good luck.

PRACTICE WHAT YOU’RE GOING TO SAY

Don’t sweat but its extremely important that you know what you’re going to say to your boss when asking for the big promotion. Don’t just leave everything to fate and act on an extempore. I would strongly advise you to be prepared, keeping in mind the time, mood, situation and your words.

MAKE IT ABOUT THEM

You joined the organisation/institute/office for a reason, so when you’re asking for that promotion, tell your boss why and what made you choose them, tell them how and what changes have you come to seen by being associated with them, and what you love about them etc. Make it about them, lift their spirits and be honest. A little care can go a long way.

TELL THEM WHY YOU’RE WORTH IT

We’ve all bee doing our jobs regularly but there are times when we need that jump in life for our personal and professional growth. You don’t have to convince your boss that you’r read to move up, instead tell them why you’re worth the promotion through facts and figures, successes and achievements. Let them know that people like you are hard to find and show your work, attitude and positivity to prove that you’re right (and eliminate any doubt in their head).

BE PREPARED FOR ANYTHING

If you get the promotion, that’d be amazing, but if they disagree and say, “now’s not the time” or “we’re cutting budgets” etc, don’t loose hope. There’s always a set time for everything and perhaps yours will come too. But, what you can do is, work on the same pace as you already were, set goals and aim to achieve higher, and create situations where your boss feels compelled to give you that promotion sooner than later.

Honestly, there’s no right way to ask for a promotion, however there are things that you mustn’t do like assume that this would be your last conversation with them if things went south hill, or get angry or emotional and threaten to leave the job and/or feel discouraged. Don’t throw away all your hard work, instead ask questions and actionable tasks from your boss so they can help steer you towards a future promotion.

how to ask for promotion lifestyle SiddySays Success workplace
Share: 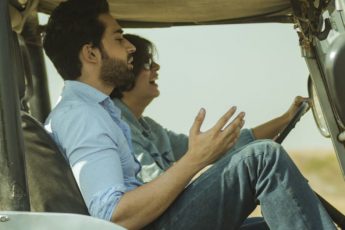 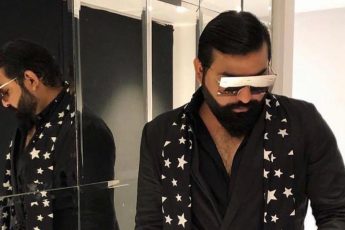 THE VERDICT IS IN! THESE ARE OUR FAVORITE RED CARPET LOOKS FROM PSFW 19

WE HAVE YOUR PERSONALISED HOROSCOPE FOR 2020