Episode 11 of Hum Kahan Kay Sachay Thay has brought a mix of emotions as Mehreen gets bail. She was sure that Saffan was the one who got her bailed, but it was Aswad who did it all at her mother’s request. Here is what happened next!

As she was already late to visit her mother’s place after such a major incident, she tried to defend Mehreen in front of Mashal’s parents and received huge criticism. They clearly told their mother that we don’t want any relationship with Rabia and if she wants to meet her, it is better to visit and stay at her place. Mashal’s parents are in pain due to their daughter’s death and are fully convinced that she was murdered by Mehreen.

Mehreen is Surprised for Aswad Getting Her Bailed!

It was unbelievable to Mehreen that Aswad got her bailed. The police inspector told her that she is lucky to come out as it was not an easy case. The lawyer garnered praise for his efforts from the policeman when Mehreen asked him where is Saffan? He didn’t know who Saffan is and clarified that he was hired by Mr. Aswad, who got her bailed.

Aswad Takes Mehreen to His Place!

Despite not being happy with what he thinks about Mehreen has done to Mashal, he accepted his mother’s request and made her come to his home. That was the only thing he promised his mother to fulfill. He has decided that Mehreen is not going to be his wife anymore now. As the two reach home, Aswad indicates to stop Mehreen but she slowly approaches the door. It was because Mashal’s parents were there to protest Mehreen’s bail.

As Mehreen entered, she was attacked by enraged Mashal’s parents and Mehreen’s aunt helped her get rid of the situation. Mehreen was in the room when Aswad came inside and shouted out loud by blaming Mehreen for everything. It was the moment when Mehreen got lost in the memory of her father when he used to stop her from punishing Mashal when they were kids.

Mehreen’s Flashback to What Actually Happened!

The episode has partially revealed what actually happened when Mehreen turned furious to see her wedding dupatta torn apart and moved towards Mashal’s room when Shabbo also witnessed her going to Mashal’s room. The scene revealed that Mashal was slapped hard in her face by Mehreen and then Mehreen went to the kitchen for making tea. It is yet to surface who is behind Mashal’s death. We hope that the next episode is going to bring up something bigger.

Aswad Has Still Got a Soft Corner for Mehreen!

It seems that Aswad has still got a soft corner in his heart for Mehreen as she turns alert when Mehreen was shuffling things around in search of her inhaler. As Aswad entered and was surprised to see Mehreen’s condition, she tried to tell him that she is looking for the inhaler. He tried to find it out but failed. This made him take Mehreen to the hospital where the nurse instructed him that she should have an inhaler with her all the time. As she got better, the two came back home where they found Saleha worried for them.

As usual, Mehreen wasn’t happy with her mother’s attitude towards her. When she visited her, Mehreen handed her over the engagement ring that was returned by Aswad after breaking the relationship. Mehreen complained that why Rabia didn’t visit her when she was imprisoned? Her mother had no logical answer and Mehreen expressed her hurtful feelings to Rabia. She made her leave with regrets and cried her heart out.

Saffan is Back to Mehreen’s Life?

As Aswad clearly told his mother that he is not willing to marry Mehreen anymore, he also requested to get her married to Saffan so that she remains in safe hands. Saleha is now making efforts for it and got Mehreen connected to Saffan. It seems that he is going to make it to Mehreen’s life again now. When Mehreen was talking over the call with Saffan to thank him for everything, Aswad was secretly listening to the conversation from behind the door.

While responding to Saffan’s question, she said that everything has finished between Aswad and Mehreen now and she wants to move on. This statement gave hope to Saffan and food for thought to Aswad who was hearing it all secretly. Let’s see how things will be turning out in the next episode. 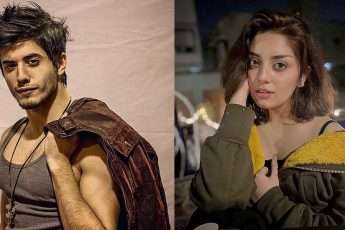