HUM Style Awards 2018 saw  a number of celebrities and industry professionals heading towards Karachi. It was a star-studded night as the celebrities worked their best style game and dazzled us with some incredible ensembles.

The Hum Style Awards hold a strong reputation in the industry and give out awards for more than a dozen categories. They include not only dramas but also fashion and music. The award ceremony began three years back and since has consecutively done their duty to the industry without fail.

The HSA are one of the top awards in the country. They have become a name synonymous with fashion, entertainment and lifestyle. Like every year, we were invited to be a part of these awards this time around as well. We went exploring all the way from the rehearsals, backstage to the red carpet. As such, we got around to talking to some of the top people involved with putting together this year’s award show. They include people such as Tehmina Khalid, Tabesh Khoja, Feroze Khan, Mohsin Abbas, Sadaf Kanwal among others. Here is a look into the rehearsals of the HSA 2018! 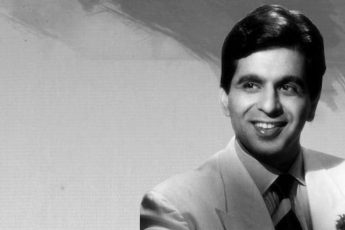 Dilip Kumar - A Close Look At The Actor's Lifelong Legacy

ABDULLAH QURESHI: KITNI DAIR IS A PRAISE TO THE ALMIGHTY'S KINDNESS