Jo Bichar Gaye is shaping up to be one of the best drama serials out there. From the cinematography, to the performances and the intense story, the drama has got the audience glued to their screens as they wait eagerly for a new episode every week. The show features a star cast headlined by none other than Wahaj Ali, followed by other strong performers including Maya Ali, Nadia Jamil, Adnan Jaffar, TalhaChouhar and many others.

The latest episode, made some important revelations as they story line progresses.

By the way, here’s what happened in Jo Bichar Gaye ep 1

Captain Farrukh’s prophecy turns out to be true

Captain Farrukh (TalhaChouhar) finds himself in a sticky situation as his seniors at the Dhaka Cantonment want him to fabricate the situation at Dhaka University as misinformation. However, his prophecy about unrest at the university turns out be true as some West Pakistani students along with Sonia (Maya Ali) show up with complaints about their lives being in danger. She reveals a game that the East Pakistanis play which they call ‘Shikara’, where the Bengali activists draw out names and hunt the West Pakistanis down. Captain Farrukh promises Sonia he will help them. 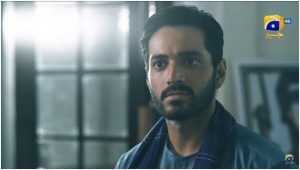 Rumi’s (Wahaj Ali) mentor warns Rumi that the students he is leading are starting to question his loyalty because of Sonia’s preferences. He tells Rumi that Sonia is going to meet the army to file complaints and this may affect Room’s political fair. Filled with anger, Rumi storms off to find proof about the allegations on Sonia. 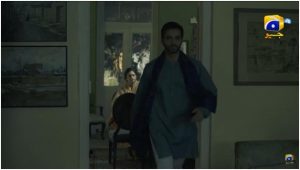 Rumi shows up at the Anwar UlHaq residence demanding her mother that she should keep an eye on Sonia’s whereabouts and activities. He warns Sonia’s mother that what she’s doing can prove to be dangerous for everyone.

Rumi finds Sonia outside the Dhaka Club chatting with Captain Farrukh. Unaware about his identity, he questions Sonia about him who becomes defensive. Him and Sonia start arguing about him, angry and hurt about the accusations Rumi is making, she ends up slapping him. 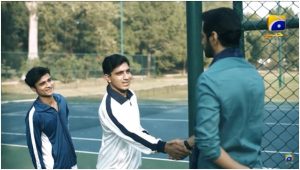 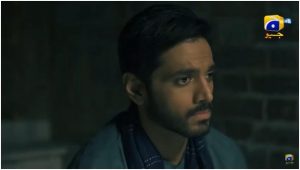 Rumi is sad because of Sonia

Rumi is disappointed that Sonia is going to meet with the army, however, his mentor comforts him that she will soon come to accept the situation as it is.He encourages Rumi to cheer up and be happy with their win in the election, however, he warns him that West Pakistani’s won’t give up power that easily and will not make transition that easy. 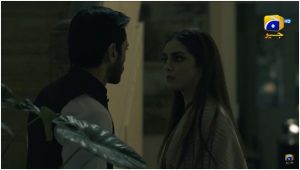 Sonia is still angry with Rumi

At the Anwar UlHaq Residence, Rumi tells Haroon he won’t be able to make it to the New Year’s party. Sonia and Rumi have another argument as he gets in her way and she gets angry. He asks her if the captain is coming to the party but she doesn’t give him a straight answer and storms off. 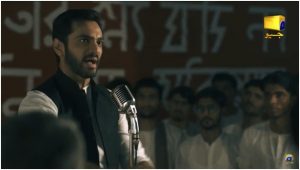 With the New Year right around the corner, Rumi leads another meeting where he says that we rejects Mujeeb’s agenda of reconciliationand do not want to have any sort of communication with West Pakistan and it will be considered a blasphemy. Rumi preaches that if any reconciliation is made, the Bengalis will once again be dominated by the West which is something they won’t let happen again.While on the other hand, Sonia extends her help to Captain Farrukh and lets him know about the meeting at the Iqbal House.

All the actors did a marvelous job in this episode as well, however, it is Wahaj’s Rumi which has really captured our hearts. This is a very different role that we have seen him in, yet he essays it perfectly. We are eager to see more or Rumi in the coming episodes.

What will happen next? Will Captain Farrukh be able to help? Will Rumi succeed? Keep watching Jo Bichar Gaye every Sunday at 8pm, only on Geo Entertainment.