Jo Bichar Gaye is proving to be the most watchable shows in the history of Pakistani television. There are many reasons, the most major one being its remarkable storyline about the most important events in our country’s history. It is a historical thriller and a drama all rolled into one. It is brilliantly written and masterfully directed. Apart from all that, JBG is also a superbly performed show. The stellar cast is doing a great job, but it’s Wahaj Ali’s character ‘Rumi’ who manages to steal the spotlight with every scene. The star has been trending on Twitter after each episode as the audience can’t stop gushing over his brilliant performance. He has nailed every scene with his intense emotions, dialogues and expressions and his character Rumi has become the talk of the town.

Read onto find out what happened in the latest episode. 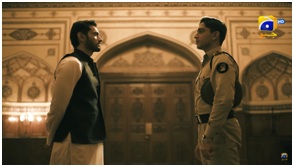 The episode was titled ‘Ghazipur’. At the Governor House where the President is present for a meeting, Farrukh (TalhaChouhar) and Rumi (Wahaj Ali) meet each other. The two talk about the current political situation of the country and how it could have stopped if either of the sides would have backed down. He’s talking about Bengalis, you can see anger in Rumi’s eyes because he knows he Farrukh means something to Sonia (Maya Ali). There’s jealousy and anger and Ali does a fine job in the scene. 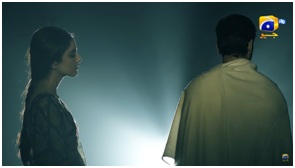 Sonia can see that Rumi is spending more time inside the house instead of his usual campaigning and his other party commitments. She asks him if he has quit his party or is he scared of his own people who are out there killing people mercilessly. Rumi stays silent but his eyes speak volumes. He wants to tell her about his fears and concerns, but he keeps it all in. 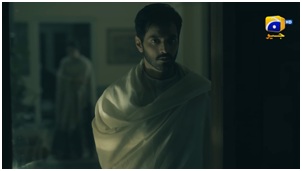 As the situation worsens and Bengalis plan to attack on the cantonment, Rumi stands by the door to guard his family. Sonia asks him if their house has been marked. He lies but she knows Rumi’s wariness isn’t for no reason. Rumi is a man who will die defending his family and protecting them.

There aren’t enough words to completely describe how amazing Ali’s portrayal is of Rumi. What will happen next? To find out, keep watching Jo Bichar Gaye on Sundays at 8 pm on Geo TV.