The love for rhythm is deep-rooted in human nature. So, if it is about listening to music or making it, Pakistan is full of unparalleled talent that has no match to any other country in the world. So, there are several platforms in Pakistan for young talent to provide masterpieces for the audience. Coke Studio tops them all and brings innovation every season. Following the steps of Coke Studios, other platforms came into action to pave the way for music to reach the audience. These platforms include Nescafe Basement, Velo Sound Station, Pepsi Battle of The Bands, and many more. Kashmir Beats is also one of these platforms but with a unique touch that brings a distinctive impression to the audience. So, after the first season, let’s welcome Kashmir Beats Season 2 line-up.

The first season of Kashmir Beats did not get the recognition that it deserved. They thought of coming up with a different approach to serve music to the people. All of the songs were from the actors who had no musical history. It was their first time to appear in front of the audience as singers. It was the first season of Kashmir Beats while there were several other shows available for the audience. The audience did not prefer it and criticised the unprofessional singers. The following actors showed their performances: 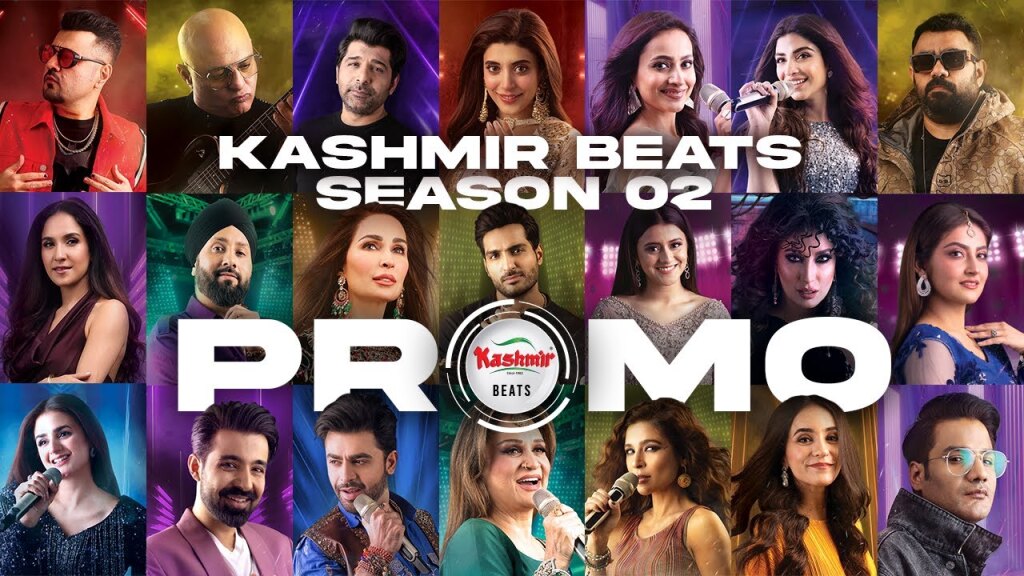 Now, they have worked on the issues that occurred earlier. So, the makers decided to blend the actors with some famous singers. Doing so will add satisfaction for the audience and a chance to see their favourite singers and actors producing great music.

A wee ago, the producers launched the promo showcasing the Kashmir Beats Season 2 lineup.

So, here it goes.

Verily, this is an impressive list of performers. Let’s see what comes ahead to rest in our most-listened playlists from Kashmir Beats Season 2 Line-up.