Everyone knows it, the hue and cry around the speculation that Khaadi had fired 32 workers only for demanding minimum wage (for those who do not know minimum wage for unskilled labor in the country is Rs. 13000-Rs. 14,000 in Pakistan). The social media has been buzzing with photos and videos and lots of criticism for the brand.

However, since its inception 18 years ago, Khaadi has gone from strength to strength not just locally, but internationally. Khaadi, at least to us, has been a symbol of pride and nationalism when it came to retail, so it seemed rather odd hearing all the hulabulu, and a bit disturbing seeing people jump on bandwagon of hate against a brand that has had a spotless reputation.

What was making matters worst, or more mysterious was the silence on Khaadi’s part. Just before Iftar today, we spoke to Khaadi spokesperson who informed us the official statement was ready, and we thought its best to share it here on the blog.

Before you read this, here is why we are sharing the statement and writing this piece

Till then, here is the official statement, and as stated here, we really do hope the company goes to the root if this is to be slander, and expose whoever is behind it.

Khaadi has viewed with concern the discussion on social media in recent days emanating from certain false news that have been spread and which seek to damage our reputation. Initially our viewpoint was not to respond to what is nothing but malicious and libelous content,but we now feel we owe it to our patrons to clarify the matter. We therefore categorically confirm that Khaadi has NOT terminated 32 of its employees.

Another malicious story being spread and linked to the above is of the apparent attempted suicide of a young female worker. Why anyone should spread this outright lie is beyond understanding, but this just goes to show how some vested interests will stop at nothing to premeditatedly plan to try and cause reputational harm to Khaadi, and we intend to get to the bottom of this conspiracy.

Khaadi is a responsible corporate citizen. As a brand, we have endeavoured to maintain and adhere to the highest standards in all operations-which also includes following best practices with regard to our biggest assets, our employees. Our products are sourced through an array of third party suppliers. Khaadi has always endeavoured to promote our culture and heritage, and promote a positive image of Pakistan internationally, and will continue to do so.

Finally, we appeal to all to please do not share or spread news that is pure hearsay, or base your comments on speculative news, no matter shared by who, without fully knowing the facts yourself. We request this not only in the case of Khaadi, but as a general principle of social media engagement, as false rumours tend to escalate and can be quite damaging for others, whether it be brands or innocent people. 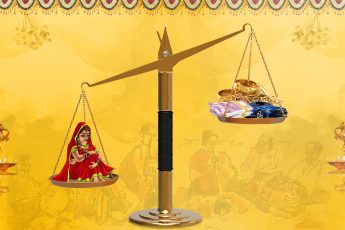