Friends bring more happiness into our lives than virtually anything else. A friend is also someone you feel comfortable supporting and accepting, and someone with whom you share a bond of trust and loyalty. It’s often believed that long-lasting relationships and friendships are almost impossible in showbiz. But in the Pakistani entertainment industry celebrities do have some real friendship bond with each other. Kubra Khan and Gohar Rasheed are one of them.

Gohar Rasheed and Kubra Khan are known as the bubbliest friends of Lollywood. They both are seen crashing parties, winning the game nights, and also planning some birthday surprises.

The Sang e Mar Mar actress Kubra Khan and the Mann Mayal actor Gohar Rasheed are simply adorable. With their social accounts, the two are seen goofing around and being a source of amusement for their audience. They are seen together shaking legs to a Bollywood number and always manage to have fun. Both the actors know each other very well.

They both manage to write heartfelt notes whenever they feel like for each other. The netizen finds this gesture very cute.
Kubra Khan once wrote a note for her best friend.

She captioned the post with a very heart-warming note saying, “This was the first time I met you. Since then, you’ve been crazy, Annoying, picking on me for everything but also. Undeniably amazing.. a super great friend and someone that’s been there for me in my toughest and lamest times. From late-night teas to cries of happiness and toughness to fighting over chess or fighting for your friends. You’ve been a Gem! Thank you for being you, Mirza Gohar Rashid.” 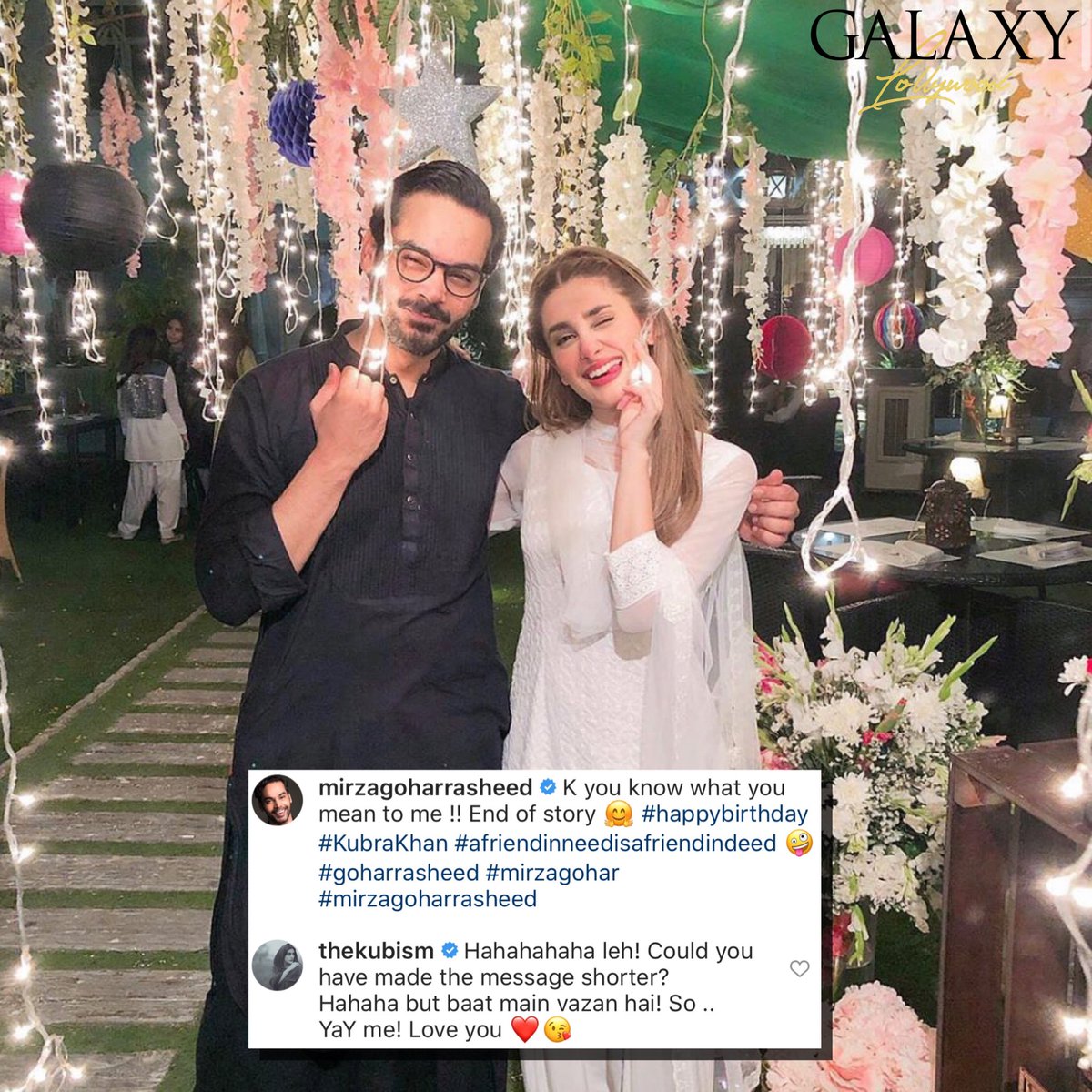 Recently Gohar Rasheed taking to his Instagram account wished Kubra on her birthday. “K now you know what you mean to me, end of story! Happy Birthday, may Allah bless you with all the happiness lots of success, love, health, and snorting laughs”, wrote Gohar Rasheed.

Gohar’s post let many questions arose. The audience is making guesses and assumptions about the two about them dating or getting married soon?

People couldn’t stop themselves asking maybe because, for few years, many celebrity couples tend to be friends in the first place. Aiman and Munneb, Iqra and Yasir , Sajal and Ahad and many more.

Kubra and Gohar haven’t made anything obvious yet. But the netizens are assuming that Gohar and Kubra are dating and a special bond is shared between them.

We see a lot of budding friendship in the industry and we love all of them. Let us know what you guys think of these adorable BFFs.