We all anticipated Sinf-e-Aahan since day one when the rumours spread about ISPR working on this project. ISPR had already made the best drama serials related to the army from Alpha Bravo Charlie to Sinf-e-Aahan. It chooses the best actors to make the story come true and attract as many fans as possible. Without a doubt, it succeeds every time. Likewise, the cast of Sinf-e-Aahan includes the best actresses like Sajal Aly, Kubra Khan, Rimsha Khan, Syra Yousuf, and others. Amongst all these well-known names of our industry, you would have given a thought upon who is the domineering Major Samia. If yes, we have got you covered with the answer to your question.

What You Need to Know About Major Samia…

Major Samia Rehman is set to provide the best performance from her side. Her enraged voice and her authoritative personality towards all the army aspirants is amazing. The puns of her characters and the way of delivery are always on point. But, how could she settle so perfectly in her role? 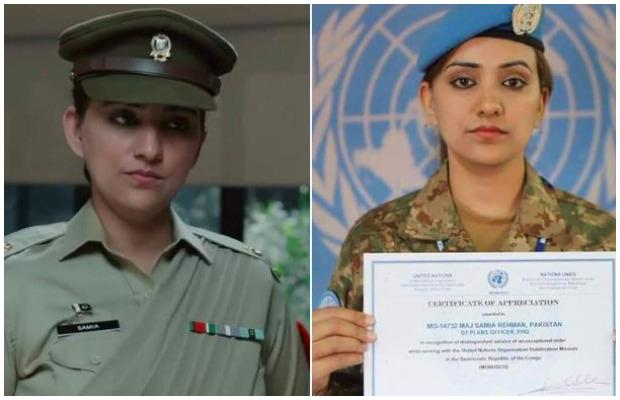 Because she is the real-life hero and the Iron Lady of our nation. She has worked under the blue helmet for the peacekeeping project of the UN. With this mission, while wearing the Pakistani flag, she has volunteered to make the nation proud. She has also planned various projects with the special forces in Congo. Internationally, she has won the United Nations Special Representative for Secretary-General  (SRSG) Certificate in 2019. Major Samia Sinf-e-Aahan is more than what she seems. 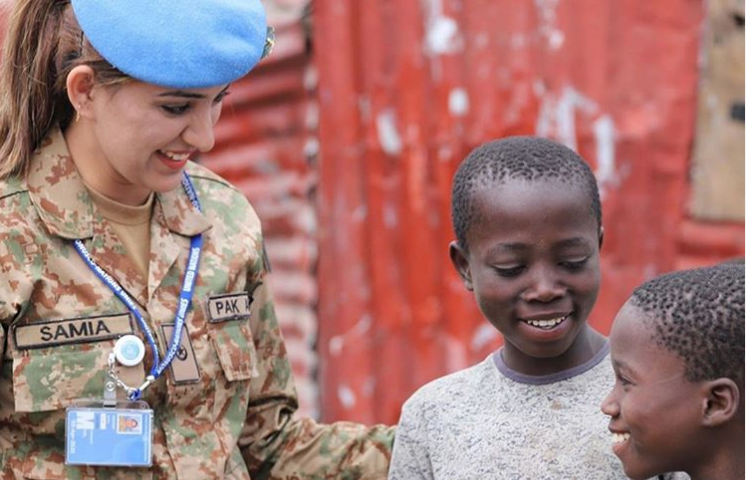 Major Samia is an active member of the Pakistani Army who is extensively working with the United Nations for peacekeeping. She, like other male members of the army, had to compromise her personal life for her nation. She had to leave her two little kids for going to the war-torn Democratic Republic of Congo on her mission to help the Congolese people. Her purpose is to provide humanitarian support for the poor, sick, and war-stricken people.