With many influential upcoming Pakistani dramas, there’s one more drama ready to be added in the list. Mor Moharan is a serial which is recently released on 7th December 2021. It’s to be aired on TV One channel. The basic genre of this drama is said to be environmental. This amazing show ia not only produced by the great Seema Taher Khan but also has been co-scripted by Ali Moin and directed by Owais Khan. Consisting of a great cast like Sonya Hussyn and Zahid Ahmed, this show is destined to become successful.

Shooting of this drama was done in Bahawalpur a while ago and carries a huge load of suspense, action, and several other emotions in it. 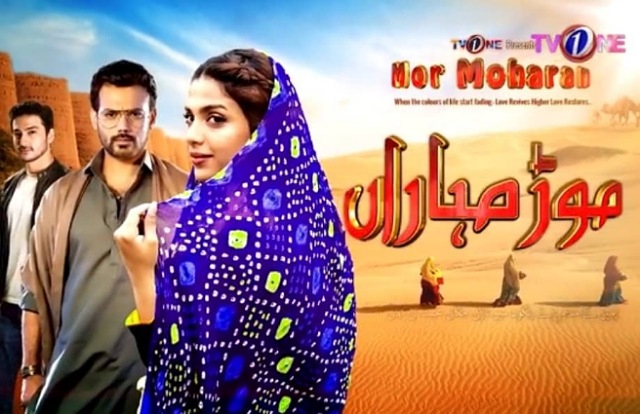 The plot of this show covers a water fight going on for ages in Cholistan, a dessert in southern Punjab. The fight is now among the new generations of the time. Where we can see Sonya Hussyn as a young, brave and a beautiful daughter who can go to any limit to protect her family. The audience will also be able to witness a mesmerizing love story and affection between Sonya Hussyn and Zahid Ahmed. This drama will also be somehow contributing to our society by covering a major issue of climate change in southern Punjab and how it has a great impact and influence on people most importantly women and traditional artisans there. And viewers will be able to witness beauty of the Pakistani desert and historical buildings. 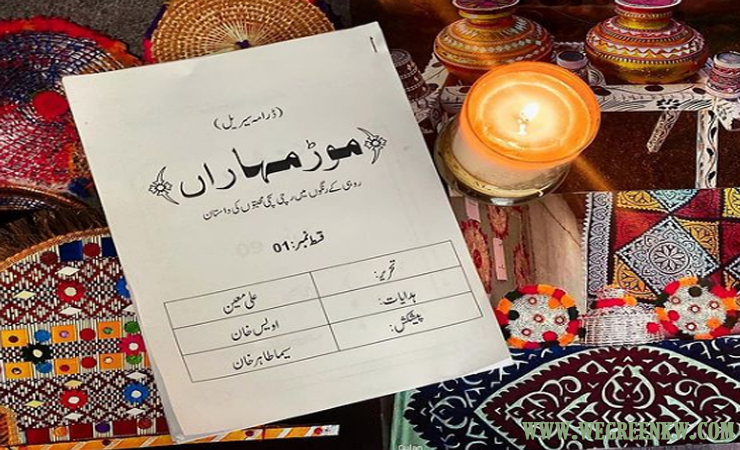 The storyline covers the whole region of southern Punjab and it’s environment. As Seema Taher said, “Sonya plays the role of an environmentalist who is concerned about how climate change is impacting the region, “she included “On one hand, the story of Mor Moharan showcases the beauty of the belt, but it also highlights the issues prevalent in that region, along with larger environmental issues like climate change, water scarcity and trade malpractice. We have the most fabulous scenic locations, Cholistan is also one of them. If we don’t tell our stories, someone else will come and own them! Before this happens, we have to tap into our rich resources and make the most of them by channelling them through all mediums of storytelling” explains Seema Taher.

We all are super excited and looking forward to how the story and the whole plot turns out.