The world has seen its fair share of super heroes growing up! The super heroes in return have received more love than expected throughout the history of cinematic entertainment. However, things have taken a glorious turn as the first ever female-led Marvel Cinematic Universe movie Captain Marvel arrives in theatres worldwide. We are, naturally, super excited!

Captain Marvel (Brie Larson) is introduced as Vers. She is a Starforce Agent for the alien Kree race. Staying authentic to her superhero roots, Vers possesses powerful abilities like superhuman strength and physical endurance. She has a badass ability to shoot blasts of energy straight from her fingertips. 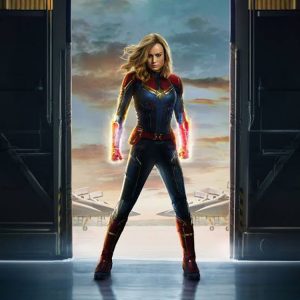 However, Vers does not remember anything of her life before she was brought to Hala, Kree’s homeworld. Now, coming to movie’s main plot. Starforce is assigned to recover a spy and Carol ends up in the hands of Skrulls, the shape-shifting aliens who are at war with the Kree. The Skrull leader Talos has one goal. And he is willing to root around in Vers’ memories to get it.

Captain Marvel’s (aka the first female superhero protagonist by Marvel) biggest strength lies in its central relationship between Carol and Air Force pilot Maria Rambeau (Lashana Lynch). Like Steve Rogers and Bucky Barnes, Carol and Maria are bonded by a shared past and a deep friendship, even if Carol can’t remember it. 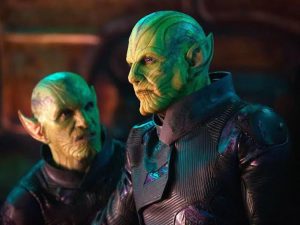 All in all, Captain Marvel gets many jobs done and she looks great! However, the movie may not be as challenging or thrilling as Black Panther or Thor: Ragnarok. It does, however, succeed at delivering much needed girl-power narrative that was needed to rival Wonder Woman. On the plus side, it also give little girls someone to look up to!