Mushk episode 15 was an intelligent, real and well-written episode with some strong dialogues that kept me glued to my TV screen. It was fast yet thrilling giving us small anecdotes of reality while covering every single characters track.

However with Mushk episode 15 there was a particular focus on the subject of “women”, “mardangi”, “ghairat” – big and strong words that we hear in our day to day conversations and the misfortunes of women. Stories that painful and very real. Therefore, I appreciate the way such sensitive issues have been highlighted.

So here’s a brief synopsis of Mushk episode 15:

I am genuinely glad that Adam’s heroic attempt to save Roshni in Mushk episode 15 was a disaster because his success would have been too good to be true and let’s face it, I would have been slashing that scene like bad taste in my mouth. So I applaud the creators and writer for keeping it real. However, Roshni’s body language and inability to give the kind of knee-jerk reaction that I was expecting from her was a bit disappointing and till the end of the episode her silence kept bothering me.

Moreover, Mushk has very gracefully managed sensitive issues. Earlier we saw how Guddi dealt with the matter of “marzi” with Doctor sahab and now Adam and Ruby talk about ” mard or oski mardangi” and the unfortunate lives of women who end up in the business of “prostitution.” A truth’s that’s not only devastating, but regrettable as well. The dialogues sensitize these matters and highlight them significantly.

AS YOU SOW SO SHALL YOU REAP

Another bitter side of reality was when Zulekha finds out that Saqib was avenging his sister from Ahmed Malik. And I genuinely felt bad for her and all those women who have to face the brunt of other people’s misdeeds. While she was beating her husband, I was hoping for Guddi to find that letter and get some semblance of what exactly happened. So far, nobody knows except Guddi that Saqib and Roshni eloped together. For her to find out the reason is what I am waiting for.

For once I was actually glad that Mehek decided to step up and tell her Dada Jee the truth about Shayan and Shameer, but to my dismay, all my dashing hopes came crashing down when Dada Jee expressed his feelings of regret to Mehek about “betiyan.” Honestly, the way his character was portrayed from episode 1, I thought Dada Jee was the understanding kind, and right now I think otherwise. I guess his character was being build up from the past few episodes showing that he actually is an unconventional man.

Shayan has to be my least favourite character along with his sister because we know he’s weak with the body language of a man who’s suppressed by power. And there are times when I don’t want to blame him because people either get crushed or lash out against tyranny. And Shayan is somewhere in between. His sister, who’s living in a box shows us the side of women who reside in rural areas and therefore they have their lives etched along the lines of their husband and children and cannot imagine what “freedom”, “independence”, “having your own voice” means. 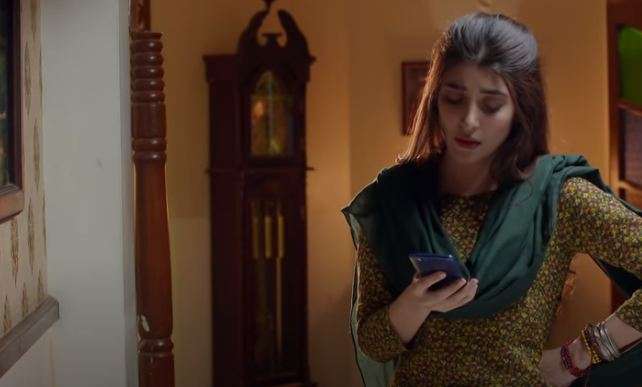 I was glad to see Guddi showing a bit of her softer side for Adam worrying for his safety in her sarcastic I-don’t-want-to-show-I-care attitude and keeping her character aligned and doing everything possible with keeping the Taya and Doctor in place. Ps. Throwing it back to what Imran Ashraf thought about Urwa Hocane while casting her for Guddi in Mushk.