Mushk episode 6 was like pandora’s box, since the show has gone air, it has revealed problems that were not known before and we got to delve in to the lives of all the characters.  Last night’s episode made connections of the most of the characters past and present life in a very cryptic way, it’s like your’e constantly made to think and predict what that particular character is up to or how they’ll react. And the credit naturally goes to the writer, Imran Ashraf. Mushk episode 6 was yet another intelligent and flawless watch that made me want to get to the bottom of things.

After Adam finds out that Mehek is married with a child, I expected him to be heart broken and sulk in pain, however the limelight was on more pressing matters such as getting Guddi to stay back and unearthing the multiple shades of the other characters. Also, after Adam and Guddi interact in Mushk episode 5 with an interesting chemistry, I was hoping to see them together in Mushk episode 6  caught in a friendly banter, but I quickly realised that the writer was eager to move on from his character and get the story rolling. And episode 6 delivered every bit of that feeling of excitement, darkness, dirt, revenge, betrayal, secrets and what not to make Mushk a very well script.

So what did we learn in Mushk episode 6? Here’s a synopsis.

GUDDI STAYS BACK FOR MONEY AND REVENGE

Adam coaxes Guddi with money into staying back because he has promised Mehek that he’d bring her back, and Guddi has connivingly agreed because she desperately needs money. Guddi may be manipulative, heartless and cruel, but circumstances have led her to be this way and like a hopeless romantic that I am, hopefully Adam can remember that side of hers, that Guddi is doing all of this for her family. And now Guddi has revenge on her mind, to make Zulekha pay for treating her like trash. And we’ll see more of that in Mushk episode 7. I like how Urwa can be comical at times. She’s like the chaat masala in the show.

MEHEK IS A VERY WEAK CHARACTER

Honestly, I got sick of watching Mehek constantly whine and cry about everything instead of being someone who’d take charge of things considering she’s shown as someone who was sent to the states for higher education where she married Shayan and kept it a secret from her family. Where did all that passion and boldness go? And with everything that’s been going on with Guddi being thrown out of the house, she is unable to handle things. What was even worse when Roshni is caught with Saqib and Zulekha blatantly puts all the blame on Mehek and she cannot even defend herself and her dada jee who trusts her so much, does not even believe her and she ends up at his door begging for a chance. Ugh!

So Adam belongs to a good family, is a lawyer and working with Malik Sahab (but Zulekha apparently hates him and we saw that in episode 4) and he has been in love with Mehek since they were kids. Even though he knows Mehek’s secret but we haven’t seen Adam in a perplexed state where he’s struggling with the truth. And honestly I wanted to see that side of him since this is the case of unrequited/one-sided love. So I was hoping for that moment where we’d see Adam in deep thoughts, lamenting over what just surpassed in the last 2 episodes. Also, I love the softness of his character, the way he speaks and pays attentions. Just the subtle details in Adam’s character make him likeable.

ZULEKHA HAS HER OWN SECRETS

I remember feeling terrible for Zulekha when we found out that she was married to an abusive drunkard so a bad marriage led her to be this bitter in life. But Zulekha is not all what it seems. She is apparently having an affair with Dr. Rana who is treating her husband, who in return I think is also using her (it seemed from his interaction and body language with Shamim, his Assistant) and the way he was ignoring Zulekha’s calls. And he along with Zulekha are responsible for her husbands bed ridden condition. Probably this is Zulekha’s way of getting back at her husband for abusing and disrespecting her in their marriage. We’ll get into more details with the upcoming episodes.

SHAYAN’S CELL MATE IS NOT A STRANGER

Since Mushk episode 1 I was wondering what was Shayan’s cell maters story and now we know (which was all an accident) and Muqaddar Khan is the one to blame. Apparently Shayan’s cell mate is Muqaddar Khan’s ex best friend who was engaged to be married to the woman who is (now) Muqaddar Khan’s wife. Being a powerful man who will lie and betray even his own family to get what he wants cheated on his wife by lying to her about her fiance and kept her in the dark for 14 years. But she is hopeless because if he finds out that she knows his secret, he’d kill her. 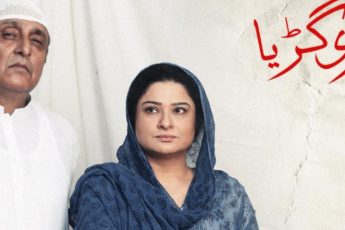