As you know, SiddySays is the heart and soul of two women, trying to make their mark and thankfully amongst the forerunners of the blogging fraternity in Pakistan. We are working women, wives, mothers (and that too of two girls), and we have seen the family life, the in laws, the corporate world, the fashion world, almost everything there is to see. Which is why we have immense respect for individuals and oragnizations who value women, and put them on equal footing with men. outfitters

One such brand I have personally worked very closely with as a stylist on many shoots is Outfitters. In addition to styling their womens’ shoot, we have worked on campaigns such as Mothers Day, styling women from all walks of life, celebrating working mothers and entrepreneurs.

Last week, I saw something which moved me deeply (not in a good way) and made me think how the consequence would reflect on me and my blog.

No points for guessing, it was the Ethnic Man’s campaign. I had heard of the launch, and that the shoot was being done by the amazing Abdullah Harris, I wasn’t a part of the campaign to know exactly how it had been planned, so for me it was a shocker to see the final cut (or what I thought, and we all thought was final) from the brand.

The campaign line insinuated that women were perhaps a weaker being who needed men to fill in the gaps of their lives, and complete them. As if they needed a man and weren’t enough on their own. To make it worst it also degraded men by saying there are no real men out there. Shocked? As was I, when I saw this on their Facebook. I searched for the campaign after my initial shock wore off to give my two cents on the matter, but when I tried to find the same campaign it had apparently been taken off, but the social media had caught on to some criticism and debate (which I too was a part of not knowing what was happening).

Since I knew the brand team (primarily women) the whole line didn’t make sense to me and doubting my ability to read correctly, I approached the team to (vent) ask what was going on (I had indulged in a dialogue over Faceook already trying to make sense of it and understand everyone’s reaction).

Expecting a strong defense and dreading an anti feminist rant I called them up. Surprisingly, the team sounded as shocked as me. They had realized that the proposed concept from the creative agency, with files that were to be changed had been uploaded on social media (the fault being their own for over looking something so drastic) and as soon as they had realized, they had removed the content and uploaded the correct files. Their intention was never to use the misogynistic quote (or as they say any quote for that matter), let alone insult themselves by using such derogation. Adding to this the team told me how awful they felt because the company and brand had always prided themselves on being a female led, women empowering brand.

From working closely with almost all female team of Outfitters, I have learnt their company practices, and the freedom they give their girls to become drivers and decision makers. Most of these girls have risen through the ranks, and have been given the freedom to balance their work and life. These women support each other and in turn are supported by the higher management (which includes females). The 70% female workforce (right up to the executive floor) at Outfitters shows that they really do not need the men as much, rather its a healthy co dependency of the genders.

The no dress code policy lets them be who they are, without being told how they should present themselves (I worked in a multinational where I had to follow a dress code). 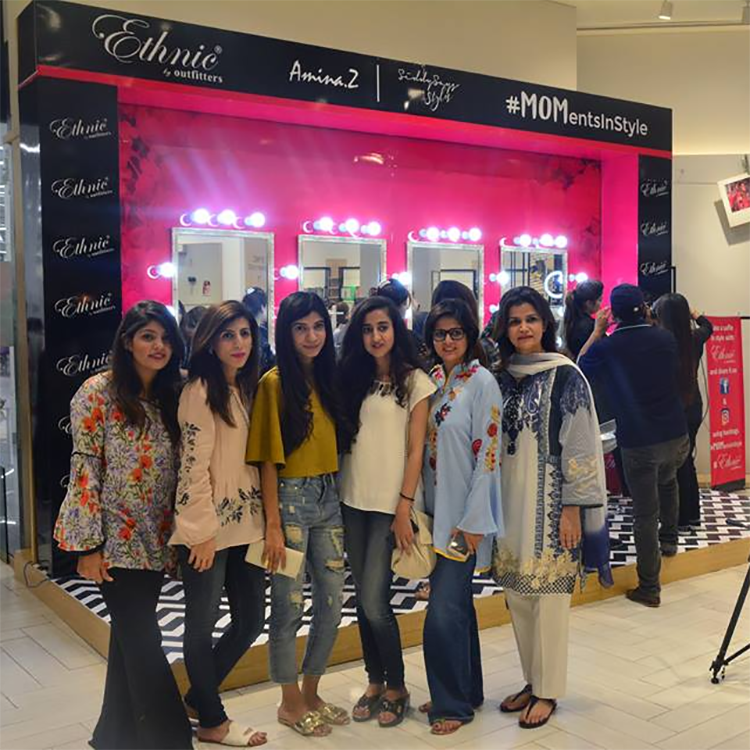 Having known all this, and hearing the unease in their voices when I called, left me with a sinking feeling. I took a few days to write this, because I didn’t know whether I should indulge in something so sensitive but I felt like I should (since its my blog, I can say what I feel).

It is so easy to make a mistake, and more often than not we aren’t given the benefit of doubt. And while I have previously said and say it again, ‘No brand should use the gender card to promote their business’, this does seem like the case of a human error. However, I let you decide and share what you think…