The International Woolmark Prize is one of the most prestigious awards of the world and was first launched in 1953, but it was at the 1954 awards that two young, unknown womenswear designers, Karl Lagerfeld and Yves Saint Laurent, stepped up on stage to accept their respective fashion design prizes. Lagerfeld, then 21, was the winner of the coat category. Saint Laurent, at a mere 18 years old, won the award for dress design, judged by a panel which included Hubert de Givenchy and Pierre Balmain. It was at that moment that fashion history was made…

The IWP holds regional competitions and this time around we were very happy to know that three designers from Pakistan have also been selected for the India and Middle East Category. The nominated Pakistani Designers for IWP are Sania Maskatiya and Misha Lakhani for womenswear and Republic by Omer Farooq for menswear. 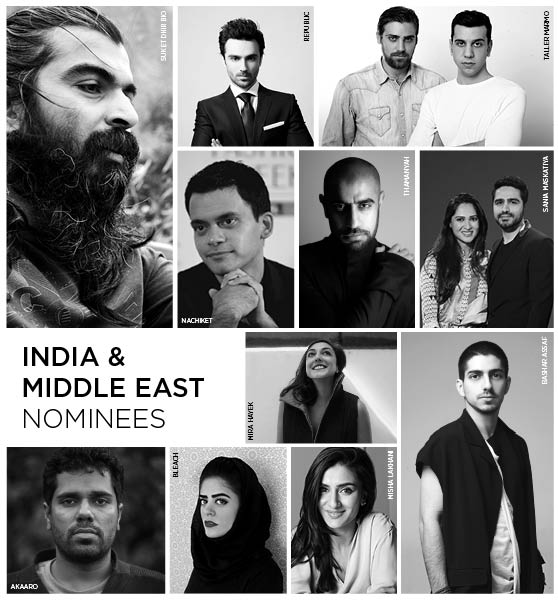 It is refreshing to see all the hard work that these designers have put into their brands being translated into success on international platforms. Are these nominations well deserved? We definitely think so!

Speaking about her nomination, Misha Lakhani said, “As a progressive brand [we are] always looking to reinterpret the traditions of surface design techniques and woven textiles, it’s an exciting opportunity to apply that same curiosity to wool on a platform that is the fashion industry’s most respected. I feel privileged and am grateful to The Woolmark Company for creating this fantastic platform to support emerging designers.”

CEO and Partner at Sania Maskatiya, Umair Tabani said; “IWP has become among the most coveted designer awards of our time. We were first put forward for nomination by the Pakistan Fashion Design Council in 2014/15 owing to our credentials and our dedicated focus on fabric and print. The experience and exposure of being nominated was phenomenal. We are delighted to be able to represent Pakistan and its fashion design at this global platform for a second year now.”

According to Omer Farooq with regards to this nomination, he said,  “This is our second nomination, Republic was nominated last year as well. We are really thrilled and excited about participating once again. From our experience last time, there was a lot of learning and we were very close to winning. This time around, we are hoping to win as well as have more fun with the work we are assigned with. The International Woolmark Prize is a great platform that is providing ample opportunities to the designers of different regions and bringing together the global industry as one.”

The award ceremony will be held in Dubai, on the 22nd of July this year. The nominees will present sketches of a capsule collection featuring six outfits from Merino wool and one complete outfit.