This is the time when we all are remembering the good times of Pakistani dramas. The dramas were famous for being to the point and concise. They used to end in almost 13 weeks, which was enough to cover the plot of the story in a remarkable way. Those interesting and brief plots were the main focus of the drama producers. The plot used to beckon the viewers to watch these short series, unlike the Indian dramas that they dragged for years with no storyline. But, now, Pakistani drama channels are following the same tactic of dragging the dramas to a point that they become pointless. 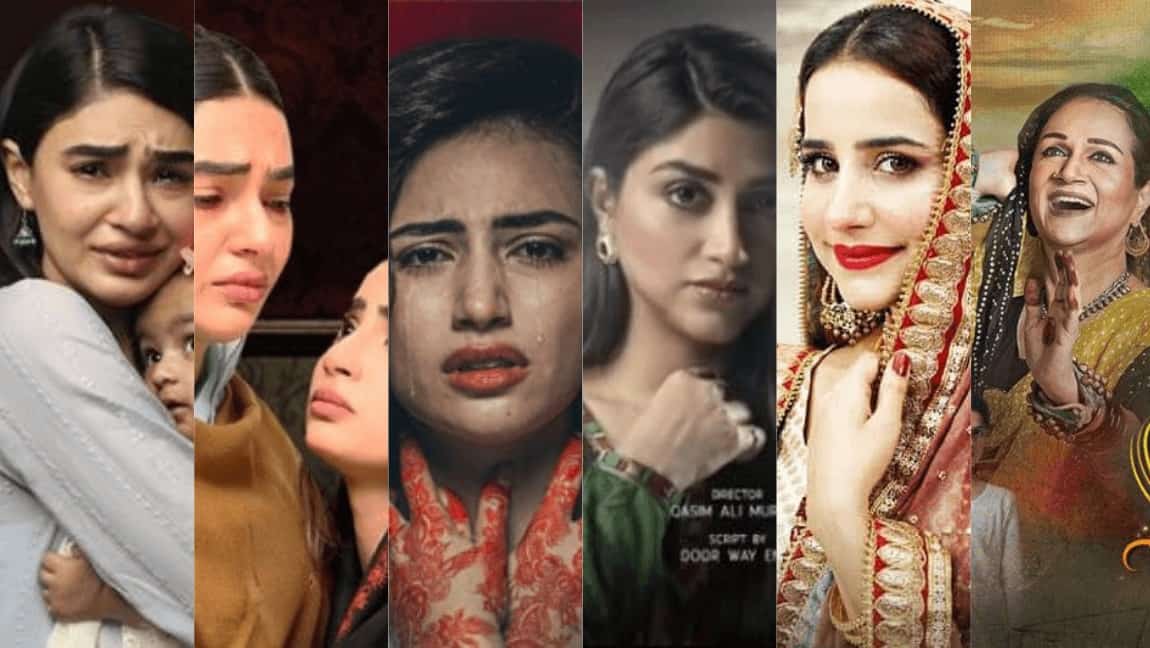 Although, they have not reached the standard of India in dragging the dramas the viewers are not happy over this prolonging. Pakistani drama channels have got this realization that to earn more revenue in a limited budget, they have to drag the dramas. While dragging the dramas, they lost the originality and essence of the plot. The story moves away from its original concept and becomes boring and off-the-topic. Fans are getting irritated by every drama following this business strategy.

Whenever the drama becomes popular among the public, the producers decide to extend the number of episodes so that they can get more and more revenue. Here are some of the tactics that Pakistani drama channels use to drag the dramas to more episodes.

When the writers fail to add more conceptual stories to the dramas, the directors use flashbacks to extend dramas. You might have noticed that some dramas have a fast pace at the beginning which sticks with the viewers. But, as it progresses the drama becomes so slow-paced that the interest descends right away. When an episode ends, the audience could not feel if they have got to know something new about the story. They keep on repeating the same scenes over and over again. Although the audience stays interested in the story at the beginning, this tactic is giving benefits to only the makers.

Beyond dispute, no other drama industries in the world could compete with Pakistani dramas in OSTs. Before the drama comes on air, its OSTs find an on-repeat place in the playlists of fans. Pakistani drama channels hire the best composers and singers to make the OSTs as captivating as they can be.

But, we are all against this manipulation of OSTs. They are being exploited to such an extent that the audience becomes sick of the OST. Whenever the directors do not have anything to show in the dramas, they use OSTs. While showing a character walking somewhere, thinking of something, or remembering a scene from the past, there is always OST playing in the background. While the story does not progress a single inch forward. The episodes now have fewer dialogues and more OST lyrics.

When the producers feel that flashbacks and OSTs are giving no use, they urge the writers to make the antagonist powerful. Their tactics from the villains do not come to an end. They keep on making the villain strong so that he/she becomes the center of attention. With each passing episode, the viewers become curious about how this negativity will come to an end.

When the villain becomes strong, the hero or heroine could inevitably get their voice heard by someone. The victimization gets to the height and the audience anticipates when the suffering will come to an end. They wait every week for the victim to be strong and justice served to him/her. Like all the other tactics, this one, too, makes the audience dislike the drama.

When the audience gets tired of listening to the same OST, again and again, the producers introduce a new sidetrack like, Ishq-e-Laa has a new sidetrack, Ibadat. They continue to repeat along with the scenes and flashbacks.

But, these tactics by Pakistani drama channels are not doing any good as they are distancing the story from the audience. The dramas have lost their originality in the act of making profits. If this continues, there will be a time when the viewers will switch to some other competitive drama options from overseas.