Frankly 2019 and 2020 gave us some of the best drama serials, however the buzz around Pakistani Dramas 2021 has been nerve-wracking. From Ehd-e-Wafa, Ranjha Ranjha Kardi, Alif, Cheekh, Khas, Mushq, Pyar Ke Sadqey, Ruswai etc that had some great performances, story line, powerful direction that made each one of these drama serials super successful.

However with the new year mere weeks away, Pakistani Dramas 2021 is what we’re so anxiously looking forward to. So we’re listing down the top 7 Pakistani dramas  that you should be looking forward to for their plots, cast and your favourite artists.

We’re so psyched to see Maya Ali and Shehryar Munawar to return on the small screen with HSY making his debut along side the lovely Rabia Butt who was great in Yeh Dil Mera and Nausheen Shah.

Pehli Si Mohabbat has us on the edge of our seat and as the title suggests it’s definitely a love story, however we wont speculate on the plot until it goes on air. While Maya has Diyar-e-Dil and Man Mayal to her credit, Sheherya as Aliyan in Asmanon Pe Likha left us wanting to see him more. But with the two actors last seen in Parey Hut Love, Pehli Si Mohabbat is the talk of the town.

Dunk is going to bring the amazingly talented Noman Ijaz, Bilal Abbas Khan and Sana Javed revolving around a plot that is definitely going to raise a lot of eyebrows. A university professor who is accused of sexual harassment, we can totally vouch for Noman Ijaz to bring such a complex character to life. Bilal has already wowed us in Cheekh and Pyar Ke Sadqay whereas Sana has Khaani, Ruswai and Dar Khuda Se to her credit. So what happens when 3 powerful people from the entertainment industry come together to highlight a sensitive yet controversial societal issue? We’re eagerly waiting for Dunk in 2021.

Starring the very talented Imran Ashraf and the beautiful Sarah Khan for the first time, the teasers of Raqs-e-Bismil have definitely caught our attention for it’s stellar star cast and the fact that it’s being directed by Wajahat Rauf, we’re looking for the elements of intrigue in this show. While Imran Ashraf has been getting reviews of his portryal of Adam in Mushk, Sarah was fabulous in Sabaat.

Raqs-e-Bismil is a love story that will reveal the inner turmoil and transformation of a man who does not the strength and power of love. Model/Actress Zara Sheikh is debuting on this show, therefore we’re excited to see a talented group of people and the impact of Raqs-e-Bismil on their audience.

We’ve been bowled over by Chupke Chupke’s cast that has Osman Khalid Butt, Ayeza Khan, Mira Sethi, Ali Sethi, Ali Safeena and Asma Abbas amongst others and if that’s not enough, we hear that the script is going to super witty and exciting.

So Chupke Chupke is about 2 families that are related and have their occasional moments of love, fun, jealous, anger and a lot of melodrama between the grandmothers. So how will the the rest of the family and grand children deal with this masala? We’ll have to wait and find out in 2021.

Urwa Hocane is certainly on a roll. Being applauded for her role as Guddi in Mushk alongside Imran Ashraf and also being in the news for her separation from Farhan Saeed, the exciting news is that Urwa will been opposite another Imran and this time it’s the golden boy, Imran Abbas in Amanat.

Drama serial Dil Na Umeed Tu Nahi is backed up by some strong people like Amna Mufti who has Jahez and Sabz Pari Laal Kabootar and Kashf Foundation and they highlight prevalent women related issues, and that was seen in Udaari, Akhri Station and Rehai. AndDil Na Umeed Tu Nahi is going to address the painful social issue of human trafficking with the cast that includes Yumna Zaidi and Wahaj Ali as leads.

We’ve seen Yumna’as prowess in Dar Si Jati Hai Sila and Pyar Ke Sadqay whereas Wahaj has always been versatile in his roles. So we’re looking forward to an exciting drama serial in 2021.

Iqra Aziz is finally back on screen after Jhooti that left the audience in a flux, however Raqeeb Se just might change things up a bit. With Noman Ijaz, Sania Saeed, Faryal Mehmood as supporting characters and the lovely Hadiq Kayani making her debut in Raqeeb Se that will talk about important social issue. 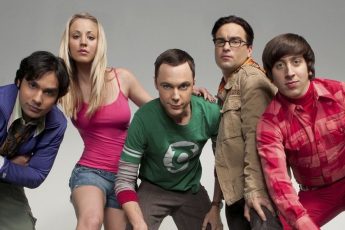