Parizaad-Ep 21-RJ Annie Leaves Parizaad In A State of Guilt!

RJ Annie is definitely going to be someone special to come across Parizaad!

Parizaad’s generosity is unquestionable, and it has been registered in the new episode again with the way he treated a crying kid sitting outside. He sat beside the kid and asked the reason for crying. He explained that people ridicule him on the roads. Furthermore, he added that her mother doesn’t have enough money to pay his school fee. So, he is out on the streets. Parizaad sought a promise from the kid that he will study and be a gentleman so that this world won’t be troubling him anymore.

One thing is common in all the episodes, that Parizaad is into spending the money for the rightful purposes. This is making him stand out differently as a businessman. Here is what happened next!

A Special Gift for Parizaad from a Fan — RJ Annie!

Parizaad had moved a long way to reach the level where he is today. He left behind his talent for poetry, but time has made him earn respect for the poetry he did back in his university days. He wasn’t aware that people know him for the poetry, but listening to a radio show made him realize this. It was by his greatest fan, RJ Annie, who was keeping his poetry alive on her radio show. She sent a special gift to Parizaad that was a finely crafted sculpture. In the meantime, when Parizaad was opening the gift, he received a call from RJ Annie.

The first conversation was so heartwarming that made way direct to Parizaad’s heart. Annie managed to express how much she is fond of his poetry and the way she has always wished to meet and talk to Parizaad. In the end, she requests Parizaad if he can give her his personal contact number and promised not to disturb him. She finally had it!

Naheed is Up To Another Evil Move!

Naheed’s sister, Kanwal asks her what Parizaad was saying to her when he was leaving their place. It made Naheed play another evil move that is likely to create trouble for Parizaad once again. She says that Parizaad still loves her and was expressing it while he was leaving. Kanwal was surprised to learn that and said it’s been long now and things have changed over time. But Naheed tried to convince Kanwal that times change, but love doesn’t. Kanwal was still not in a state of believing this story.

Naheed also mentioned that Parizaad wants to meet her outside, and she wants Kanwal to assist her in this regard. It was clear from this conversation that it wasn’t Parizaad’s personality that turned impressive for Naheed, but the lifestyle and financial status that was making her fall for him. Naheed also secretly handed over a letter to Kanwal for Parizaad, however, she couldn’t deliver.

When RJ Annie Got to Know Much about Parizaad! 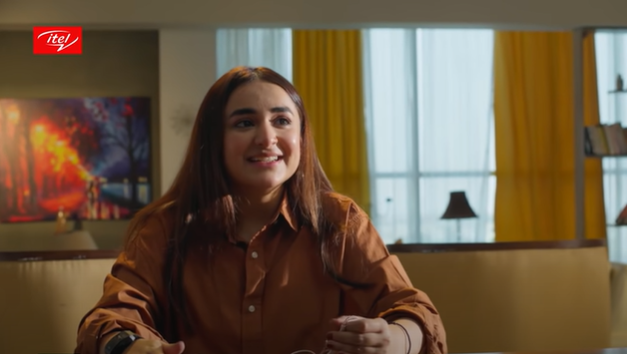 She was super excited to call Parizaad on his personal number. Though at that time, Parizaad wasn’t willing to talk, he managed to do so. Annie asked him if she has disturbed him calling at that time. Parizaad responded that no one can directly say that someone has been disturbed. He continued to talk, and Annie had a lot to ask. She asked about his routine and who lives at his home.

Parizaad said it seems she is tricking her by asking such questions to have an interview. However, she ensured it was just that she always wanted to ask this. Parizaad told Annie that he lives with his solitude. There was something that made Parizaad feel special for Annie in just two calls and the gift he received from her. It was the fourth time he was about to fall for a girl.

Parizaad’s Conscience Rebukes Him For Feeling Special for Annie!

He was about to feel something more than just a fandom relationship with Annie. As he was getting ready to go to the office, his conscience rebuked him for once again falling in love. The conscience reminded him about how many times it will delude his heart into betraying himself. He committed to himself for not taking it further with Annie and thought of avoiding her calls. This time, when Annie called him on his official number, he unwillingly talked to her. The situation turned unfortunate when she said that she wants to make his sculpture. It made Parizaad feel disgusted. Out of his insecurity, Parizaad prohibited Annie from calling him onwards. He said that he knows all the girls like to make fun of his looks and never thought that Annie would be one like them. This conversation brought Parizaad to the reality that was revealed when Annie reached his office to seek an apology.

Yes, RJ Annie was different from other girls. She is blind and still super-talented. Whatever she felt for Parizaad was from her heart and soul. When Annie sought an apology and asked Parizaad to highlight her mistake, he rebuked her and asked her to leave without having anyone called in the office to make her leave. Disappointed with Parizaad’s attitude, she turned around and caught her stick from the seat. As Parizaad noticed, it was like he had dug his own grave with such a reaction. Annie couldn’t see, and Parizaad had no words to seek an apology now.