Parizaad is continuing with its episode 6 by unveiling new avenues of Parizaad’s life. As this drama revolves around a common man who is financially weak yet a significant part of society, Parizaad is exploring different aspects of how life goes on. Here is what happened in episode 6 of the drama serial Parizaad!

Since his childhood, Parizaad is fond of having a piano of his own. He pays a visit to the shop where he gets a chance to see a real piano and fantasizes to buy it someday. The way his facial expressions reveal his passion to get that piano is something remarkable to observe in this episode. The shopkeeper, after analyzing his will to have that piano, offers him a good discount but Parizaad is not in a position to pay that amount too. However, he promises the shopkeeper that one day he will buy one.

Bubbly Badmash is Parizaad’s new comfort zone. Having said that means he never expressed his wish to buy a piano in front of anyone but felt comfortable to do so with Bubbly. She mocks her first but realizing that it is a childish yet utmost passionate desire of Parizaad to have a piano, Bubbly promises him to let him have one day.

Realizing on his friend’s suggestion that tying the knot to Bubbly Badmash can turn into something positive for Parizaad, he decides to send the proposal for Bubbly (Saima). Initially, Bubbly’s parents couldn’t understand how it will be turning possible, however, they finally agreed.

Parizaad was expecting something outrageous and unusual in response to his proposal for Bubbly. He tried to silently cross past Bubbly but she was already waiting for him. She called him out and cunningly commended him for his move for the proposal. Bubbly also disguised her praising statements for him by showing approval to his proposal. He was shy and drenched in sweat as she romantically asked him about his last exam day. There was something running back of her mind but she covered it well all the way.

Here is What Bubbly Did!

She planned and succeeded to escape. Bubbly went away via train to her friend living in Karachi with the help of a friend. Parents being so concerned discussed it with Parizaad and his friend Na Saaz. In a state of helplessness, they were not in a position to find out any clue of where Bubbly would have been. Suddenly, Parizaad got to remember that Bubbly told him about her friend in Karachi and his doubt was accurate. She had left for Karachi leaving Parizaad alone again.

Bubbly’s parents left the area to avoid any bad words from the surroundings while Na Saaz also decided to go back home. 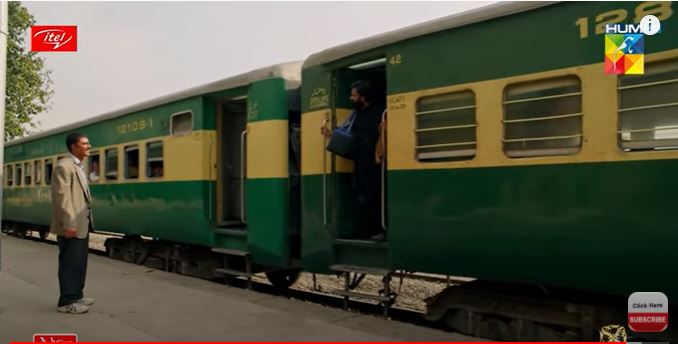 It was the first time when Parizaad actually felt alone and in pain that made her break into tears while bidding farewell to his best friend Na Saaz.

The new beginning with a new yet modern university, Parizaad felt anxious but was all set to explore how this venture will be turning out. He got a scholarship and it was like a dream-come-true thing for him!