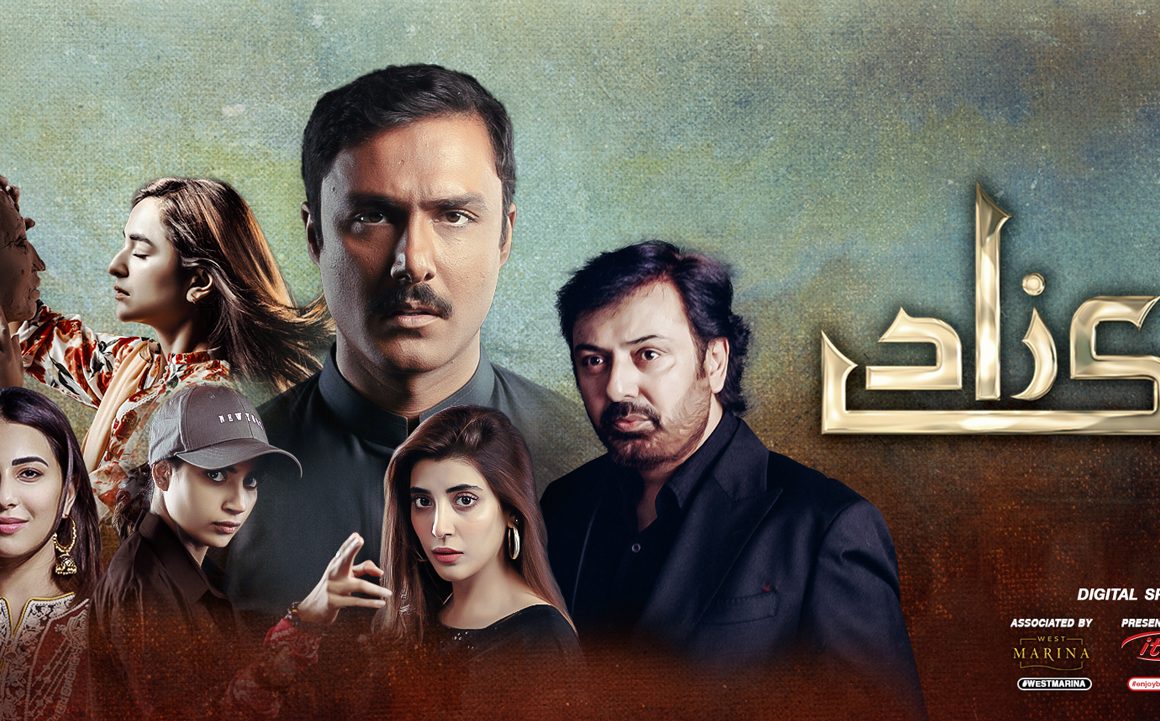 According to the previous episode, most of the viewers will be having a stance that whatever the situation will be, Parizaad is not going to get in the trap as he is not greedy but a kind and honest human being. However, the start of this episode 9 revealed the plot of how Parizaad was used by Behroze’s wife. Here is what happened next!

Behroze’s wife was going somewhere with Parizaad as his bodyguard and he could listen to the conversation she was having with someone over the call. Behroze’s wife seemed a bit louder and clearer like she was trying to gain attention from Parizaad. The whole call conversation looked pretentious as she was asking someone about her aunt’s health and expressed her concern. Meanwhile, Behroze’s wife stopped by the sea and stood there for long that made Parizaad approach her to tell that it is already too late to return home. His concern was Behroze’s questions regarding them being late that day. However, Agha Behroze’s wife was carefree. She mentioned to Parizaad how well he plays the piano and said that she will get him trained by her tutor. It was the first move to win Parizaad’s heart. Then she told him how her family was compelled to send her in marriage with Behroze. She also added that this life is a sort of imprisonment, not only for her but now on for Parizaad too. This conversation melted Parizaad’s heart and he felt pity for her.

Knowing that Parizaad has already got into the trap, she made another move by offering him a good amount if he supports her letting her meet the ailed aunt. Well, it was a tough decision! It was not Parizaad’s greed, but his kindness that he agreed to take Behroze’s wife to her aunt. They visited there and she took much time that turned Behroze skeptical once again for what made them get late. Behroze asked Parizaad and he confidently made an excuse to save Behroze’s wife. The boss asked Parizaad if he still has something to tell him, but he refused and left. It was more like Behroze giving him chances to speak the truth and he was in the misunderstanding that the boss’s wife is living an oppressed life for which she needs his help. Parizaad is feeling guilty but can’t decide what to do!

While Parizaad was in the awe of the conversation he had with Behroze’s wife and felt pity for her, his friend Shah Jahan was not happy with whatever Parizaad was doing for her. He warned him that it is a trap and he is calling his death with this act. Shah Jahan convinced him to tell the truth to Behroze if he wants to live his life. However, Parizaad is still confused!

The most interesting and hooking part of this episode was when Shah Jahan and his girl were talking about their engagement losing possibilities. They were quite worried due to the girl’s father’s response and couldn’t find a way. Parizaad heard this conversation and had some amount with him. The girl’s father caught them red-handed and blamed Shah Jahan for being non-serious and someone who is making him lose his respect. Noticing the seriousness of the situation, Parizaad offered financial assistance to the girl’s father and requested to accept the proposal with respect so that they can have a good life. Shah Jahan was in shock to see the utmost generosity of Parizaad and couldn’t thank him enough when the girl’s father agreed to his proposal.

Parizaad shows a refusal to Behroze’s wife for any other confidential move!

He was getting the point Shah Jahan tried to teach him and refused to make any confidential move further from Behroze’s wife. She showed agreement to this but made it conditional, saying that Agha is going abroad for a few days and until then, Parizaad would be helping her out in any case. After that, she will take his permission and visit her aunt without keeping it a secret. The drama wrapped up while leaving us in suspense of what will be Parizaad’s next move. Stay tuned!

« Previous post
7 WAYS TO KEEP MOSQUITOS AWAY FROM YOUR HOUSE
Next post »
Feroze Khan’s ‘Ay Mushte Khaak’ – An Out-of-the-box Story?