You know that dapper young gentleman at fashion week who is ever-so- comfortable in his skin and walks about armed with a perfect posture and an air of calm around him? That immaculately dressed man is Rehan Bashir. Many of us know him as part of the brilliant team at the House of Kamiar Rokni. What many of us don’t know is that he is not only a fashion designer but a yogi, professor, painter and a kathak dancer as well.

You have quite the portfolio but how do you identify yourself?

I like to identify myself as a visual artist and a performer. I am a revivalist and traditionalist at heart. Visual art now has become extremely diverse and interdisciplinary with elements such as writing, texts, performance, video, textile and sounds being used. I have always been very fond of textile and jewelry and working at the House of Kamiar Rokni is a huge artistic outlet for me as I have complete creative freedom.

Where did you take your undergraduate and postgraduate studies?

I was born and raised in Dubai and made the move to Pakistan in 1995. I attended the National College of Arts for my undergraduate degree, where I have also been teaching for the past three years. For my postgraduate degree, I was awarded the Fullbright grant and went to Parsons in 2009 to pursue a postgraduate degree in fine art.

What were your inspirations in becoming a designer?

Working as a designer has allowed me to channel my creativity into textile whether it is through embroidery or different art movements- I have the freedom to mix Art Nouveau with geometry and art deco with old Victorian or Edwardian patterns or designs. It opens up a world of possibilities. 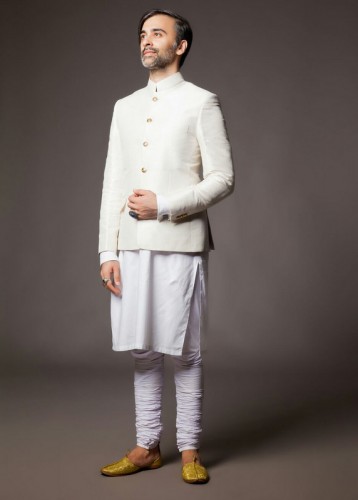 What sparked your interest in Kathak?

When I moved back from Dubai to Pakistan, I stumbled across a videotape titled ‘Payal o Sargam’ which had on it, various classical and semi classical dance renditions recorded on it for the PTV. It was the only Kathak programme that ever aired on PTV towards the late 70’s or early 80’s. Naheed Siddiqui had done the compositions, choreography, art direction and production for the network. I was completely spell bound. I had never seen anything like it! Towards the late 90’s I watched videos of Kathak dances. When I attended NCA, I found out that Naheed Siddiqui’s son was three years my senior. I gave him the VHS tape so that I could have it autographed by her.

How did you decide to pursue Kathak?

There was a performance by Naheed Siddiqui based on Ameer Khusro’s Jashn-e- Baharan that I attended and was completely mesmerized. Sometime in 2008 my friend called me up to ask if I wanted to attend a workshop by Naheed. My friend and I both attended that workshop and subsequent ones later. Naheed, who later became my teacher, noticed a spark in us and asked us to come to her house. She took us up as her students from that point on.

Many who learn classical dancing do so at a very early age. How difficult was it to learn Kathak for you?

Upon completion of my masters at Parsons in 2011, I moved back to Pakistan and started learning Kathak from Naheed Siddiqui. Truth be told it was not a walk in the park. A lot of unlearning had to be done before I could begin to learn again. By the time we are in our 20’s we have developed postures and are set in our ways. Unlearning and consciously correcting myself was key. I had to fix my posture and alignment and to be honest I am still struggling with it. Kathak is a depth of wealth and learning it is a physical, emotional and spiritual struggle.

Will we see any performance by you in the near future?


My teacher moved to London in 2014 and I am still trying to keep abreast of all she has taught me. I am trying to muster up the courage for a performance in the near future. I will have to take the reins myself and choreograph it on my own. There is no other teacher I could go back to since there is none other of her calibre in Pakistan.

How did your family react to your taking up Kathak?

I come from a feudal background but have been very lucky. My father is an open-minded person and did not object and even if he had any reservations, he did not share them with me. I think after a certain age you just have to let your children go and be their own person.

Funnily enough, my mother was not too excited about my attending NCA for my undergraduate degree but she soon warmed up to it.

You are a practitioner of yoga and also conduct classes. How has your experience been thus far?

Yoga helps you greatly on a physical level- it helps you become self-aware, you start understanding your body. Due to the discipline involved in yoga, it requires perseverance; there is only one right way and several wrong ways of doing a posture. In order to regularly practice yoga, you need a level of dedication and the right frame of mind as is with any form of exercise. 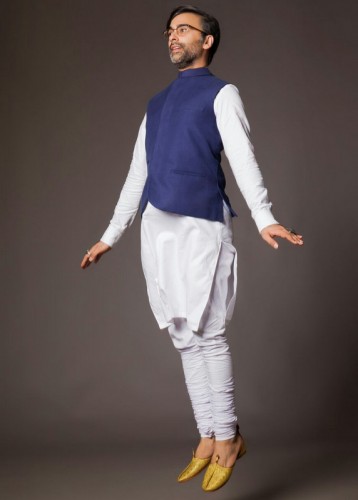 You conduct yoga classes. How is the response from your students?

Many people with come with the sole purpose of wanting to lose weight. The truth is yoga is great for that too but it doesn’t happen night. I have had men and women both come to my classes, men tend to drop out after a few classes whereas women are far more regular.

I ask all my students to only push themselves as much as their body allows. You can’t force it, you have to let your body ease into it. You’d be surprised at how much of a difference you can feel within a few classes.

Many people get discouraged because they are unable to perform the correct poses and as a result drop out of yoga lessons. How do you encourage your students?

There was a lady who joined my classes and whilst sitting down her knee would not touch the ground. By her third lesson, I noticed significant improvement- her knee was not touching the ground but was well on its way there.

What most people don’t understand is that yoga is a way of life- it isn’t a quick fix to weight loss. If you want to practice yoga, you need to commit yourself. It takes time to understand how postures are done and to regulate breathing and all in all it is a journey. So don’t expect yourself to know everything just because you attended some classes. Dedicate yourself to getting the postures and breathing right.

Many people think yoga is not for them or that they haven’t found the right class or teacher. Can anyone do yoga?

As is with all forms of exercise, you need the right frame of mind and dedication, and more so with yoga. Yoga requires steadfastness, patience and perseverance. We are living fast paced lives and because of that are both literally and metaphorically surrounded by noise. In such times it is essential to strike a balance and thus silence too becomes equally important. Yoga can be traumatic as well- as you sit and concentrate on your breathing and the movement of every muscle for every posture, the silence around you can resurface emotions which you have either not felt in a while or have suppressed. Once you move past these negative emotions, yoga can add quality and calmness into your daily routine.

Practicing yoga several times a week can allow your body to flourish both spiritually and physically.