Since the first event of Saboor’s wedding, rumours have been circulating about the couple’s split-up. There had been constant questioning from the fans about these rumours. All of the fans finally believed in these rumours that something is wrong between the two for the reasons unknown. Although Sajal Aly and Ahad Raza Mir did not respond to any of the comments. They choose to remain silent throughout the time which increased the curiosity and suspense about their relationship. Their silence intrigued and made the social media fans talk about them.

The fellow stars of the industry took a step forward in defense of Sajal and Ahad and their privacy. Imran Abbas advised the fans to stop interfering in the couple’s life. Falak Shabir, also hoped everything to be well between the two as a response to the question from fans on Instagram. Mathira, too, criticized the netizens for being too quick and judgemental about someone’s personal life. 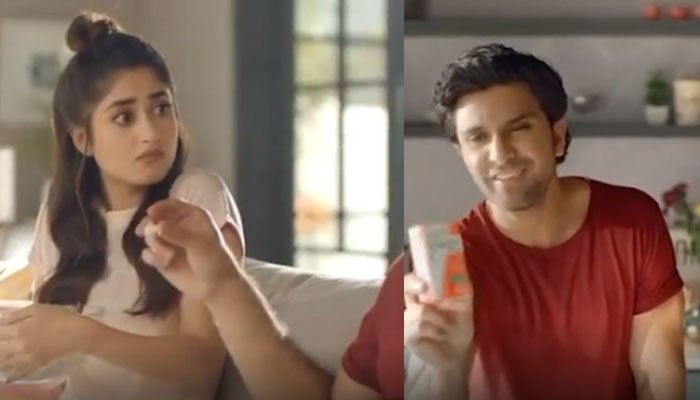 But, finally, the couple has put an end to all the rumours and queries by turning to Instagram. They both posted a recent Molty Foam advertisement on their Instagram profiles. They posted the videos with a funny caption from both sides. Both of them tagged each other on the post this comeback on Instagram removed all the doubt about their separation.

This step made everyone rejoiced that they are not getting separated and still have that cute love between each other. The couple has still not disclosed why Ahad did not appear at the wedding. The fans also thanked the couple for “shutting down haters.” They are again back to the all-favourite and inseparable couple of the town. We hope that they continue to remain the same forever.