Celebrities are always considered to maintain a certain aura with the public and media officials in general. Most of them will be polite, but the more famous they are, the more reticent they will be.Interviewing famous people sounds really exciting and we at SiddyTV  are always thrilled to meet and have a fun conversation with the famous and modest people about their upcoming projects.

This time we met the ensemble cast  of the much awaited film,  Chalay thay Sath (releasing tomorrow at a theater near you). Presenting the first segment of the interview starring the very charming Syra Shehroz, the famous Canadian actor Kent S. Leung and the very versatile Mansha Pasha. Hope you will have a good time watching these stars getting candid about their film, their characters and much more. 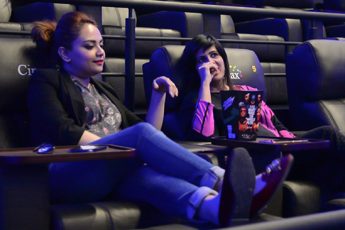 « Previous post
LIFE HACKS: HOW TO MANAGE TIME?
Next post »
YES AND NO AT LSA RED CARPET’17