Sinf-e-Aahan ep 8 was yet another interesting episodes with the laughs but at the same time it also reminds you the importance of what is (for the girls). I really like the approach of Sinf-e-Aahan. While the first few episodes carried weight as it unraveled the personal journey’s of each girl, and now, on the field, there is excitement, fun and learning at the same  time. So you never really get bored. But at the end of the no matter who you are or where your’re, the crux is each individual’s goal and ambition that has led them here.

You can watch ep 7 here. It was a fun master. 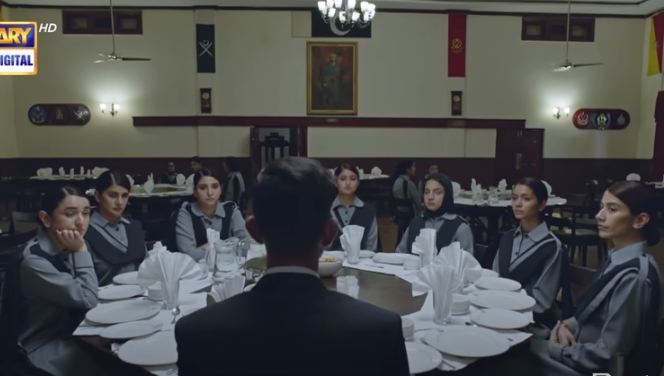 So the girls get orientated with Major Osama on the know’s and how’s, do’s and don’ts that their life for the next 6 months in the PMA would entail. Naturally they found it tough and tiring because they’re of out their comfort of their homes and will be treated like soldiers. From their small meet in the mess to their lesson with Major Samia in the common room where Rabia is made in charge of the daily activities and Mahjabeen declares that she’s going to leave the next day. By the way, I liked her pep talk with Major Samia though, where she neither motivated, nor de-motivated Mahjabeen to find her position and rediscover her potential at the PMA instead of quitting.

Also, it’s very interesting to see how Rabia and Shaista, and Mahjabeen and Pariwesh have become frenemies because what exactly transpired between Mahjabeen and Rabia is yet to be revealed. The way the girl’s have been feeling was such a natural state of mind to want to be with your loved when the going gets tough. 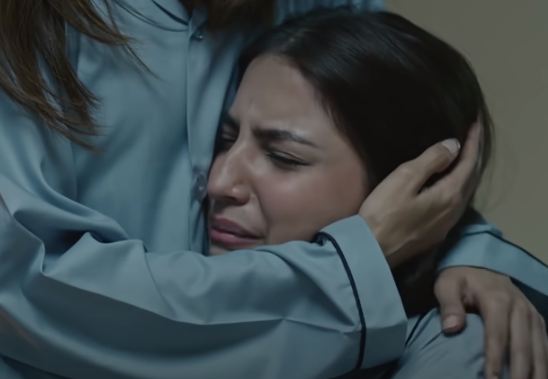 Sidra and Nathamy’s character are on two different tangents but there is one thing common between them and that is that their characters are not very transparent as of yet. While Sidra brings a lot of fun and excitement and a comic relief to the girl’s journey’s, Nathamy’s personality is very composed. So we’re glad that she got some screen time when she was shown crying over missing her mother and Arzoo was there to comfort her. Sidra being there added bouts of laughter when she joined in. 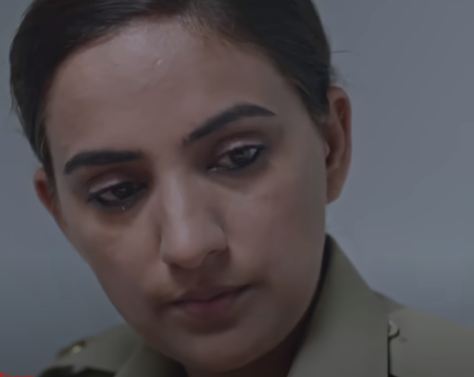 Major Samia’s story brought in a feeling of sadness, but comfort at the same time that she has a supportive family who are there for her and helping her juggle her career at the PMA while her husband and mother look after ailing son. I really liked how Umera Ahmed added a touch of sensitivity and human-ness to a situation where women who have a tough career balance their personal lives.

Sinf-e-Aahan ep 8 is a well-written drama that’s not only shot in such detail but also imparts important life lessons for women who choose to take the tough path in life and learn to balance it. You are entertained, over-joyed and emotional while watching the girls embark on their journeys through so many trials and tribulations as a cadet in the army.